Albertaceratops has just been released for Pre-Release owners! This content was previously slated for after launch, but will be available to those that backed the pre-release that was delayed. If you have purchased the game but do not have pre-release access and are interested in upgrading, just head over to your Orders page to upgrade. If you do not wish to or cannot support at this time, no worries! All of this content will be available at the games full launch for you to enjoy.

This medium-sized ceratopsian is slightly larger than the Styracosaurus, and can pack a punch with its horn attack + charge ability combo. 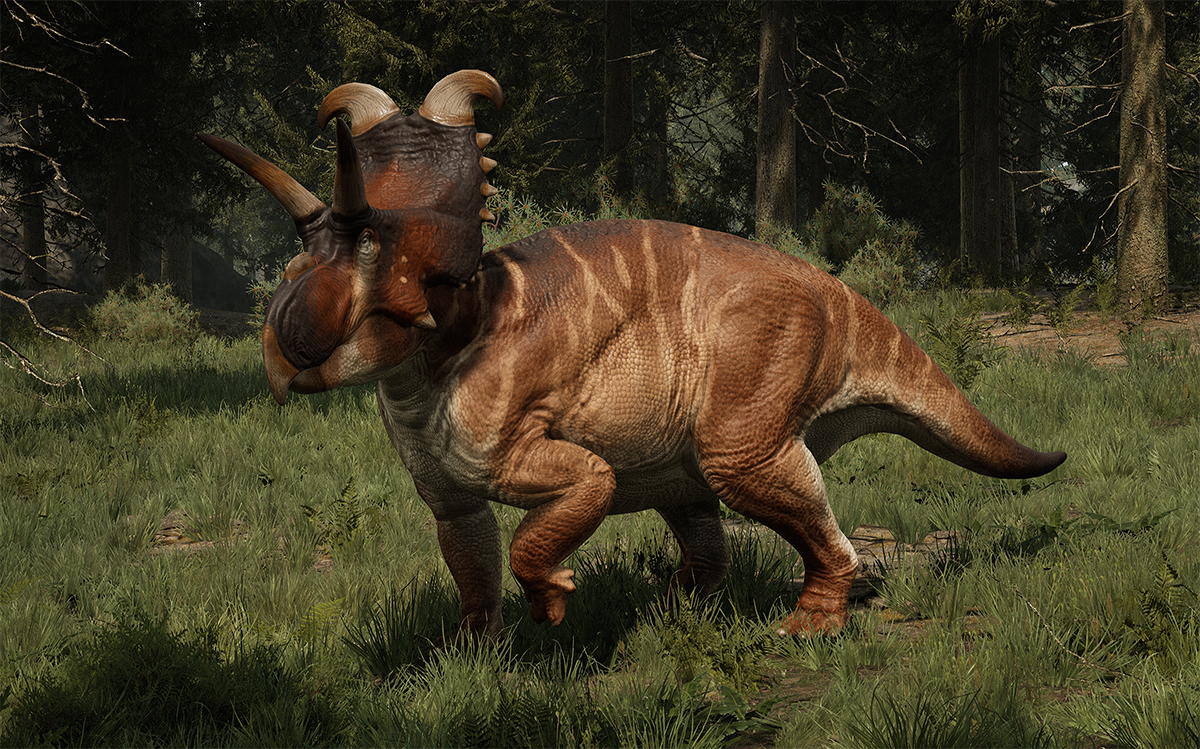 We have been working on adding new ability types to dinosaurs to better differentiate them from each other and to provide unique gameplay niches for every species. We have added the charge ability to the Albertaceratops as a first test. Activate this ability to gain a 10 second speed boost when running. This will be useful to close the gap between opponents, or to quickly run away from enemies if you find yourself in a bad situation.

Abilities will be expanded upon over time with the addition of sound and particle effects when they are activated, as well as UI indicators displaying active abilities that are in use.

This patch also introduces a tail attack for the Spinosaurus. Activate this ability to swing your tail in a wide arc and hit anything that attempts to attack you from behind. This attack type is in its testing phase, and more tail/rear attacks will be added for other dinosaurs soon, once we are confident it is in working order. Thank you for reading!