Hello again everyone! This is a HUGE update, with a lot of content. Read on for all the details or watch the video summary below!

This large theropod is now playable! Stalk the forests of Panjura and hunt even the largest of prey with this powerful carnivore. 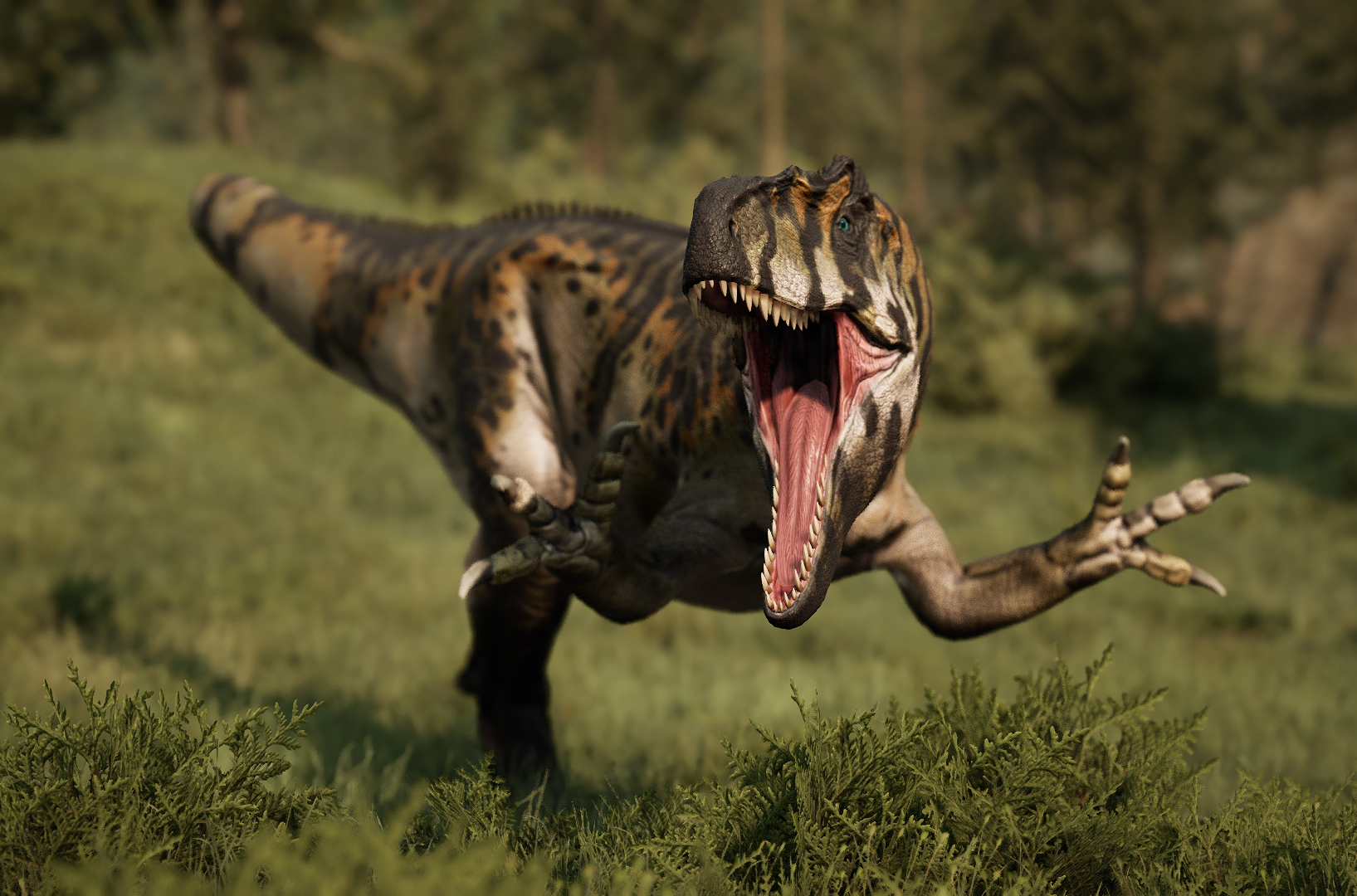 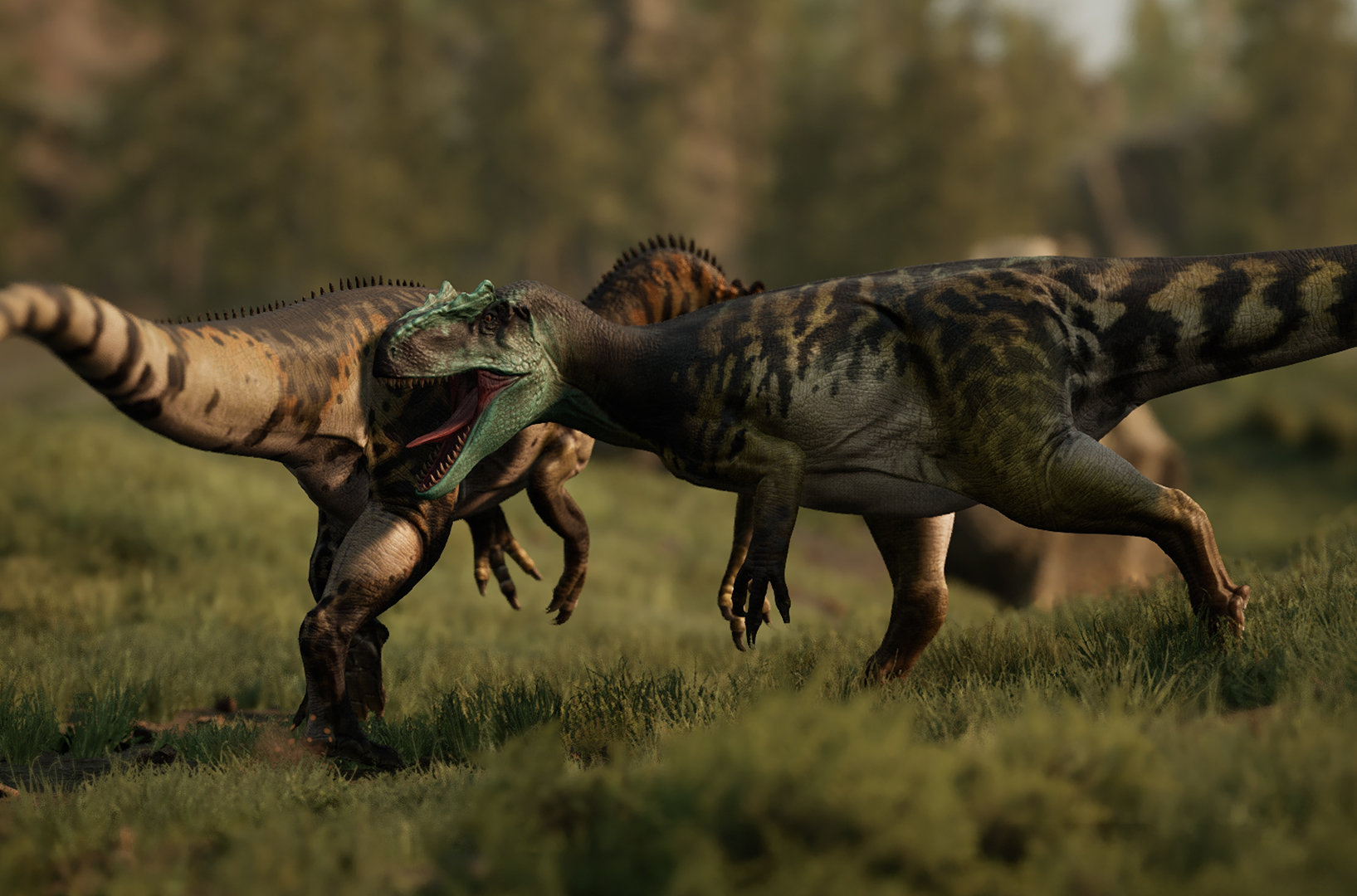 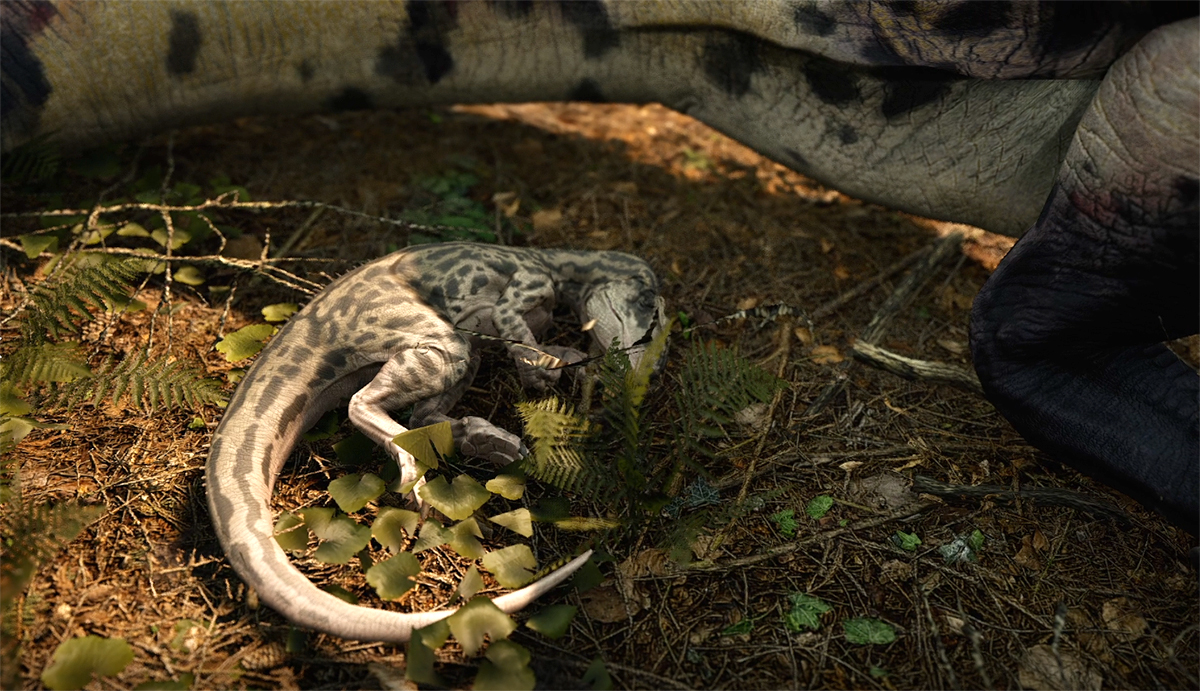 Growth is now live! Update your game today and begin life as a hatchling dinosaur!

When you first enter the world as your hatchling dinosaur, you will notice you have a unique skin. This is your hatchling skin, and you will slowly grow out of it as you age. Every baby also has a unique tint to them to tell each other apart! 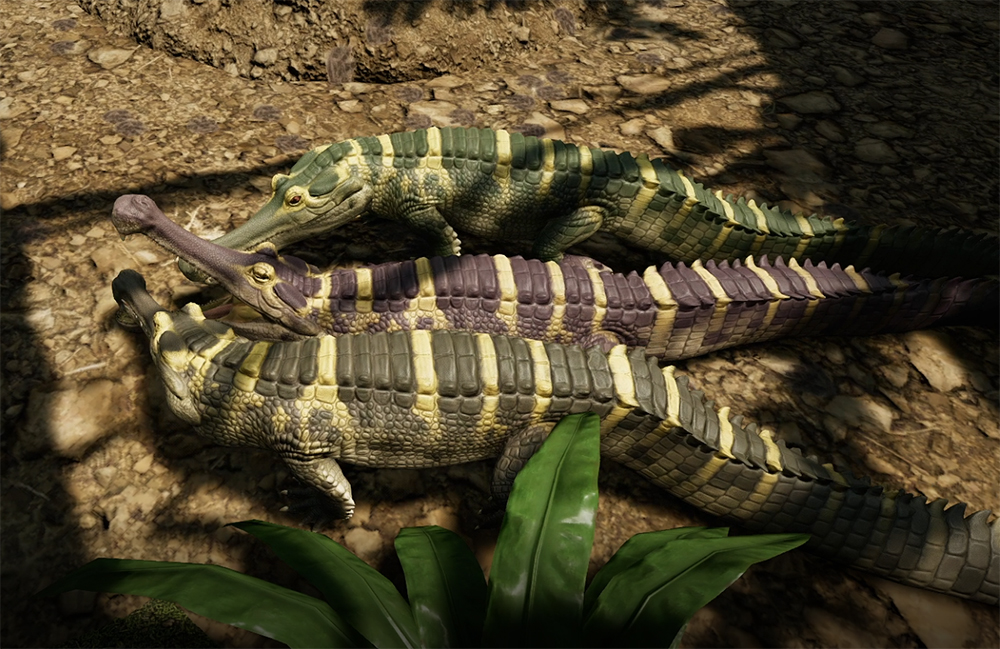 By completing quests, players will earn a growth buff that will gradually grow your dinosaur until the buff wears off. Quests are integral to reaching adulthood, and it’s highly recommended to join a group to complete the more valuable group quests! As a reminder, group quest completion rewards are shared when in a group

We have also added a new mechanic, the Group Leader Buff, which will slightly increase your movement speed and stamina regeneration when close to your party leader. This might help you chase down your prey together, or simply complete quests faster! 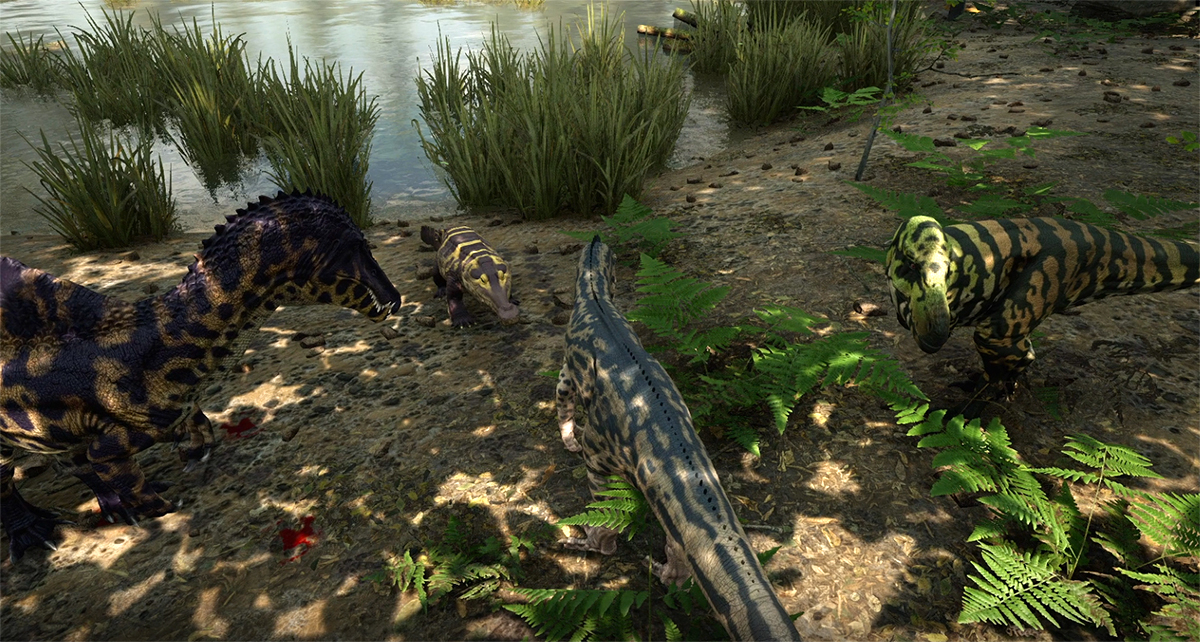 When you create a new character, you will first find yourself inside a small tutorial area. Within this Tutorial Cave you will have tasks that teach you about quests, abilities, eating, drinking, and more. Completing these tasks gives you your first marks and will help you grow large enough that you aren’t completely helpless once you exit the tutorial cave and have to fend for yourself in Panjura.

When inside the tutorial cave you may see other hatchling players. We encourage you to group up with them for safety in numbers! If you group up in the cave, all party members will appear at the same place on Panjura when you exit, so you can get a head start on growing!

Additionally, when you are a baby, you take up fewer group slots, allowing you to have a larger group of friends even for dinosaurs that might normally be too large to group together if they were full grown adults.

We have a new refer-a-friend program! Six rewards are available in the initial phase, which give rewards for both the referrer and the referee. Going forward, you can send friends either a gift key, or your personal referral code to be entered upon the purchase window. When you play together you both will reap ingame buffs and rewards. 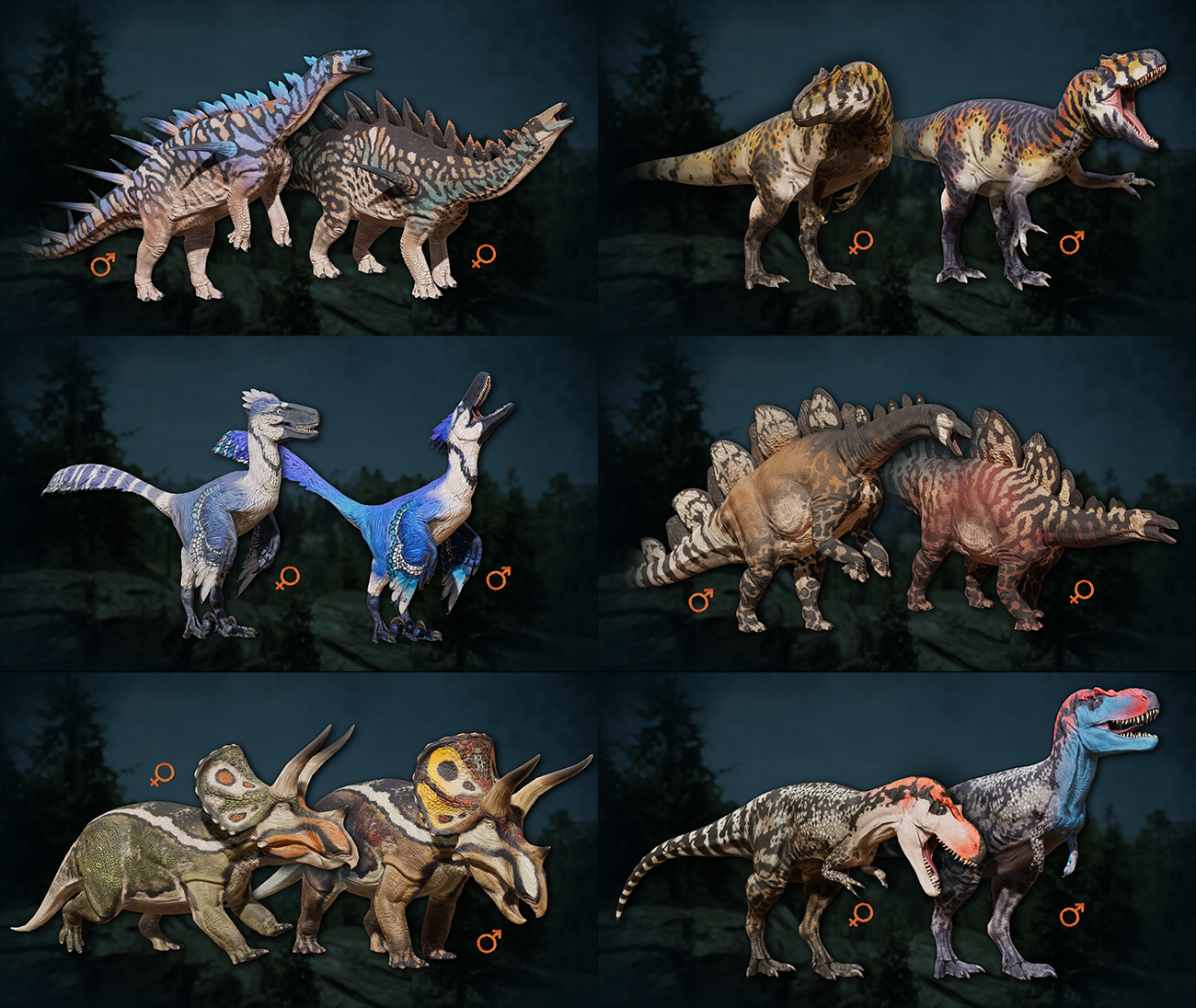 We have also made some big adjustments to quests. There are now much better group quest dynamics, like being able to have multiple group quests active at a time. There are also location quests that encourage you to meet up at different places to help keep everyone together.

When completing quests, there is also a small chance you may discover unique rewards such as home cave decorations! Show off how many acorns you’ve collected to your friends!

We have many additional plans for quests that are coming soon, and we will of course keep you updated on our progress!

We have also been working on a few features in the background, which will also be coming very soon.

Critters are small AI creatures that will populate the nooks and crannies of Panjura. We currently have a handful of critters in development, including the Platyhystrix and Didelphodon! These are small prehistoric animals that will attempt to escape the moment they spot you. You will find them foraging among the leaf litter and along lake shores.

Critters are quite easy to take down and are perfect prey for baby dinosaurs, but you gotta catch them first!

Search for critter burrows in forests and plains, often under fallen logs or near dead trees. Interact with a burrow to start digging it up, causing critters to escape and flee! Once they are running, they will hunt for other burrows to run into if they’re nearby, otherwise they will simply attempt outrunning you to escape. Plan your attacks accordingly and catch some critters!

Critters will also play a part in expanding our quests, with hunting quests requiring you to collect parts from certain creatures like turtle shells or mammal paws. We are super excited to soon see players chase and interact with all these little guys!

We hope you enjoy this update, and are looking forward to seeing everyone grow their hatchlings! See you in the next update! 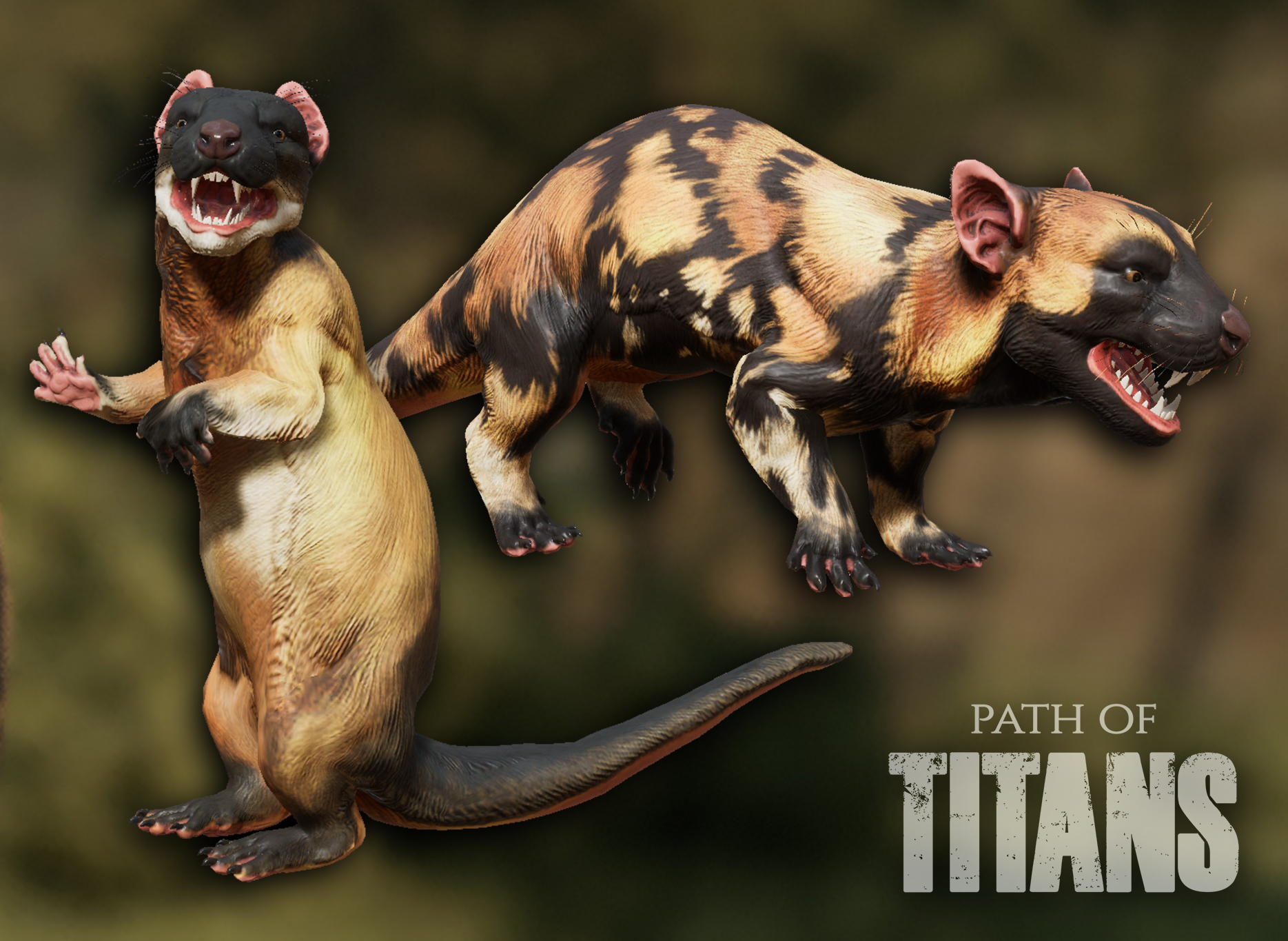