Hello everyone, we have a big update for you today!

We have just released the Amargasaurus, the first sauropod featured in Path of Titans! This creature is most notable for its large spines running along the back of its neck. There has been a lot of debate within paleontological circles about whether Amargasaurus’s neck featured a sail or spines, so we’ve included both ideas as subspecies!

Amargasaurus also features a new Spiked Hide ability that causes bleed damage to opponents when they attack. This spiked hide ability will also be featured on Kentrosaurus as well, so be sure to take caution when attacking these dangerous herbivores. 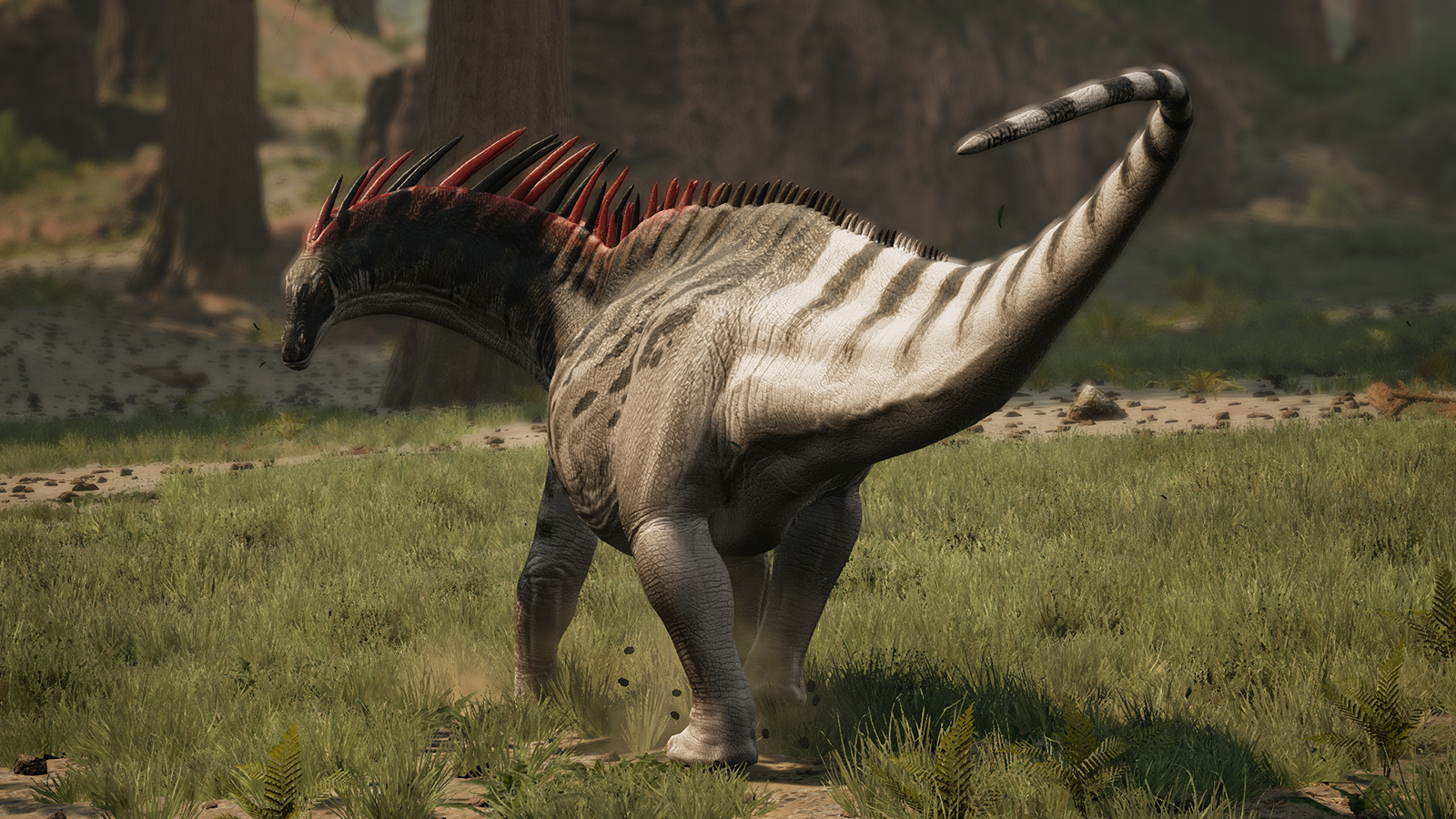 One of the stretch goals we reached through our crowdfunding campaign that we began working on recently was an “island map”.

The new map is named “Gondwa”, similar to the ancient supercontinent “Gondwana”. With this new map comes a big emphasis on unique biomes and the questing experiences within them. There are dozens of visually distinct areas connected by paths and rivers, such as jagged red rocks, orange sandy deserts, lush green grasslands, salt flats, and even rainbow mountains! Quests will also be improved to include more variety along with more food types to follow. Beached sharks will offer a great snack for beachcombing scavengers, and cactus fruits for foraging herbivores.

This map will be available for testing soon and we will, of course, keep you updated on development progress. 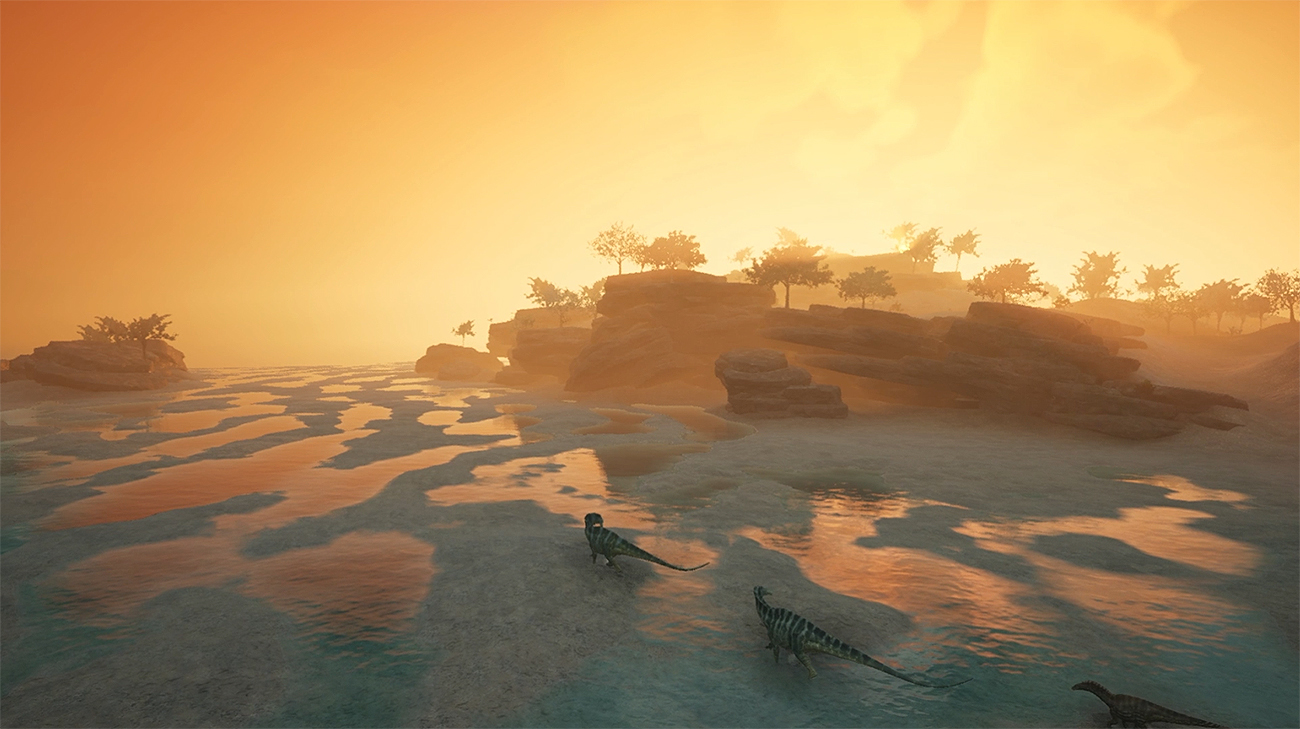 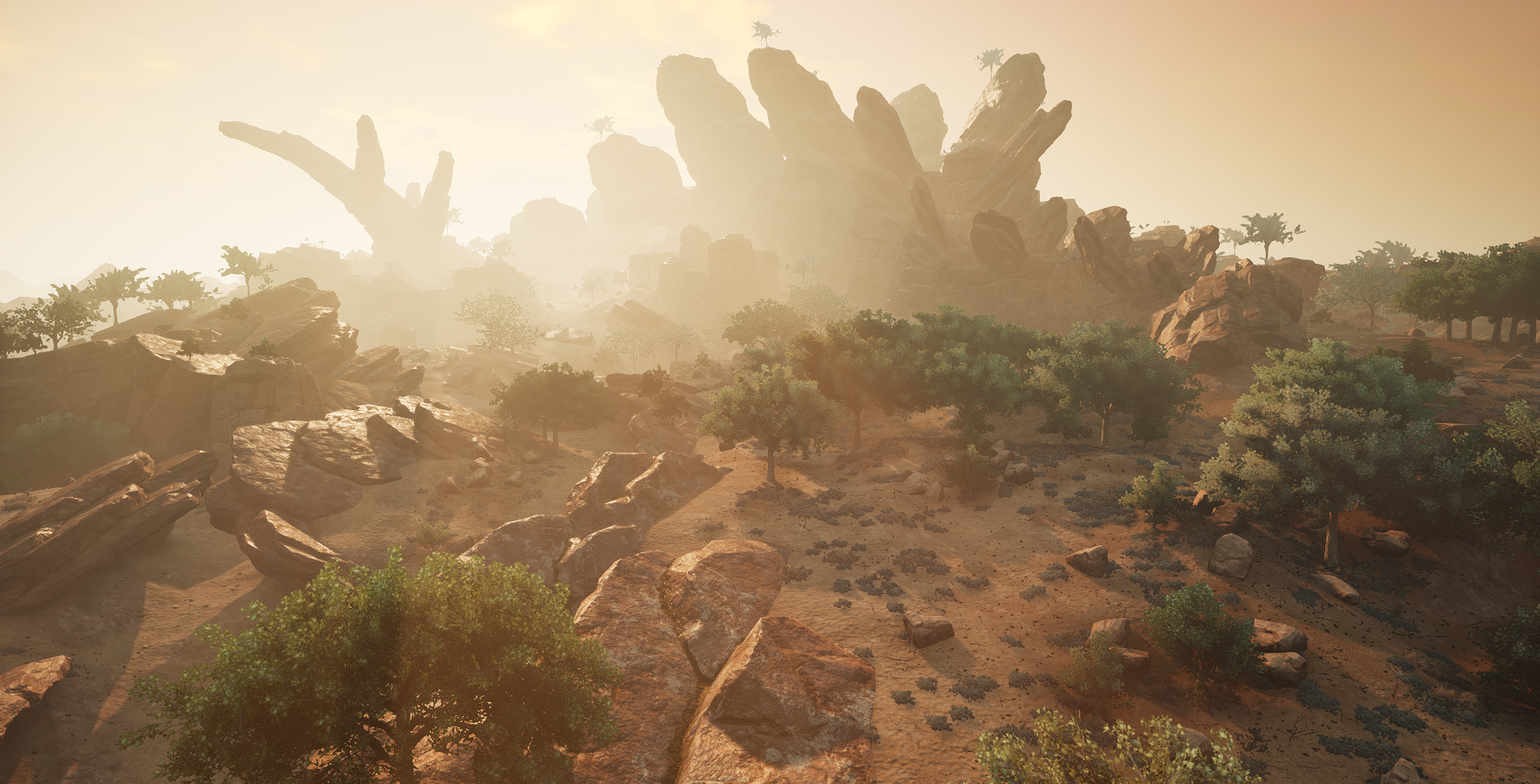 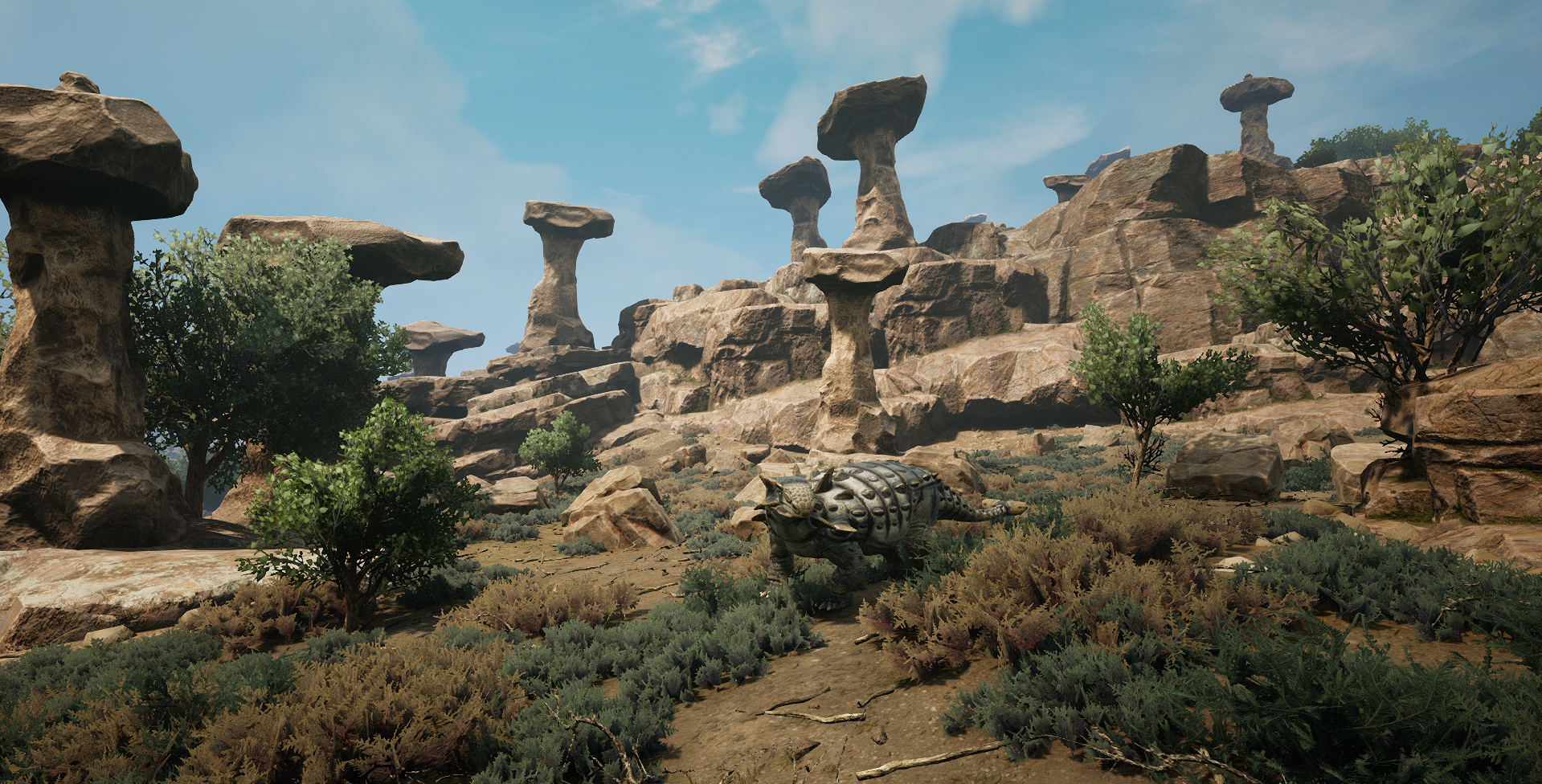 We have also been working on adding some new attack types also well as improving some existing ones. The updated “Charge” attack for ceratopsian dinosaurs can now be steered left and right, and can do damage to the same target multiple times. There are more attack types coming down the line so stay tuned. We have also enabled Critters on Official servers! Search for burrows to dig up these little creatures, and keep an eye out for the new quests that task you with hunting them. Thanks for reading! 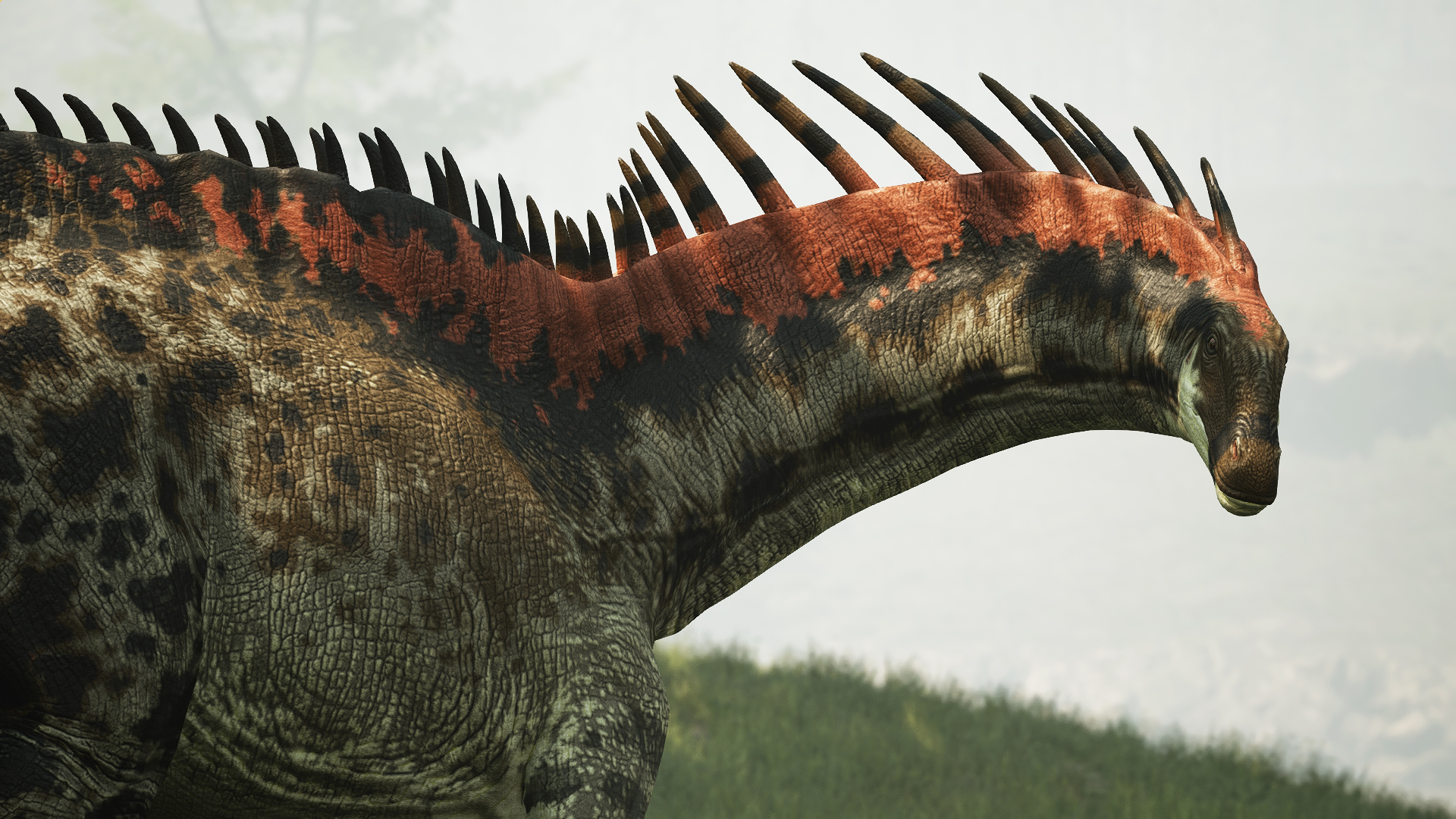