Seasons greetings and a happy new year from everyone at Alderon Games to all of you in the Path of Titans community! This was such an eventful year for Path of Titans we wanted to share a recap of the year gone past, and offer a glimpse into the year ahead. Together, with your help, we’ve reached some important goals! Some of the highlights include...

Being on the latest version of Unreal Engine ensures Path of Titans can take advantage of all new features and optimizations, and also lets us upgrade easier in the future as new engine updates are released.

The highlight of this year! We have released Path of Titans on consoles! This was a huge undertaking by the team, with months of work poured into porting the game and ensuring it met all console requirements. This also meant controller support for Path of Titans was also greatly improved, and the game was further optimized to run smoothly on console hardware.

To restate the recent big news, we released our first flying and diving playable creatures! Dive through undersea canyons as the first fully aquatic character, the plesiosaur Kaiwhekea, and catch thermal updrafts to carry high into the skies as the first flyer, the Thalassodromeus pterosaur. This came with improvements to our swimming system to make it feel smoother and more responsive, such as allowing for turning in place and swallowing food when moving. 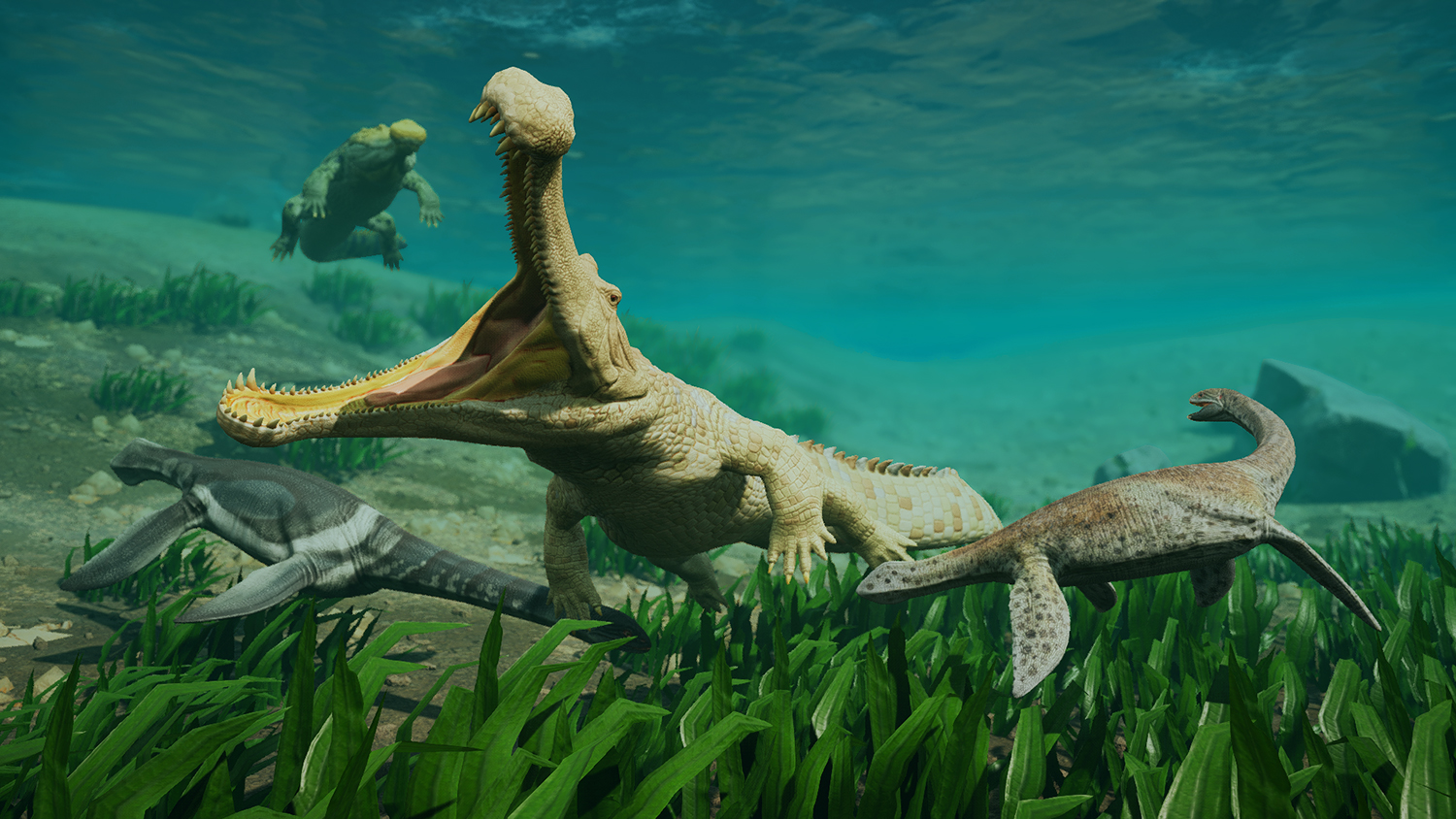 Gondwa was recently launched, with dozens of visually distinct areas, gameplay expanded to flyers and swimmers, and Unreal Engine 5 performance improvements. We want to thank the community that participated on the Public Test Branch, on Xbox Insider Hub, and GooglePlay Test Track! Notably, this big update had zero downtime at launch thanks to our greatly expanded backend services. They worked smoothly in the moment of the massive public interest and high player numbers, letting us all enjoy the excitement in the moment! And to top it off, the trailer showcased it all with the narration of Robert Irwin.

The world of Path of Titans expanded in many ways, with new underwater home caves and quests, new aquatic fish, and roosts and cliffs for flyers to perch. Be sure to discover the hidden caves and tunnels above and below the ocean blue, and interact with the many new denizens of the seas. We will be continually updating Gondwa as we continue development, making it the ultimate dinosaur island!

Over the year we have added five new land creatures: the Tyrannosaurus, Pycnonemosaurus, Pachycephalosaurus, Amargasaurus, and Barsboldia. These new creatures also included new mechanics such as knockback, damaging hide abilities, and more!

This year we also fully released critters and the critter burrow system. Critters are small AI creatures that allow juvenile dinosaurs to dig burrows and catch them for food. Interact with a burrow in order to dig out a small critter. The type of critter depends on the location of the burrow! This also included critter hunting quests.

Of course, there were loads of other smaller improvements to the game. A big improvement was the reduction of rubberbanding when colliding with other players, which was a very difficult problem we finally solved! We also worked on thousands of bug fixes, a mobile HUD Editor, improvements to modding and expanding modding tools, and so much more. 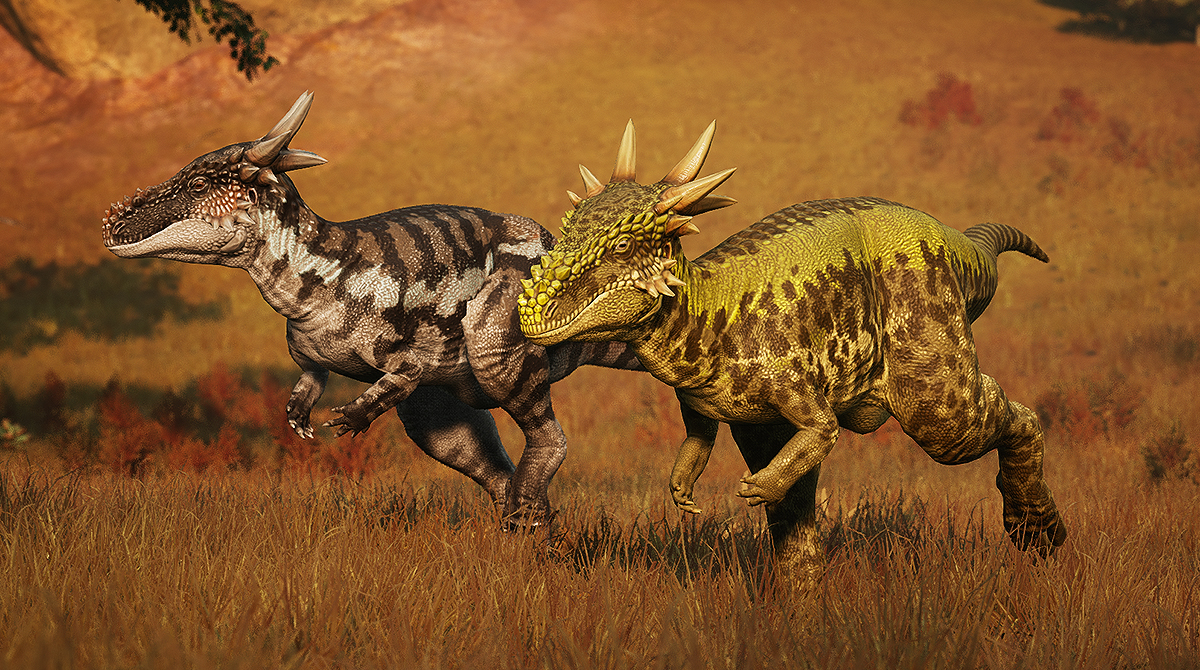 Moving forward into 2023, we have a lot planned for the development of Path of Titans. We have seen a lot of feedback from the community regarding combat, quests, and other important gameplay features, and we will be working on those first thing starting into the new year. Our primary focus will be...

Combat is soon due for massive improvements. Our key goal for this milestone is to ensure every dinosaur has some kind of unique mechanic, niche, or combat ability that sets it apart from any other dinosaur. This includes brand new combat mechanics, group utilities, and buffs. Every creature will be tailored for specific gameplay styles. We also will put more emphasis on environmental impacts on combat and abilities. Such as the time of day affecting night-time hunters, weather affecting certain species, terrain types, and more.

We also have plans to allow for players to edit their dinosaur’s subspecies by visiting their home cave, so they no longer have to make a big subspecies decision right when they first create their character. This also ties into improved UI, better descriptions of what each ability does so players know exactly what they are spending their marks unlocking. The character creation screen will also do a better job at describing what each dinosaur species strengths and weaknesses are, so newer players will know what dinosaur would best fit their playstyle and don’t get overwhelmed with options when picking their first dinosaur to play. 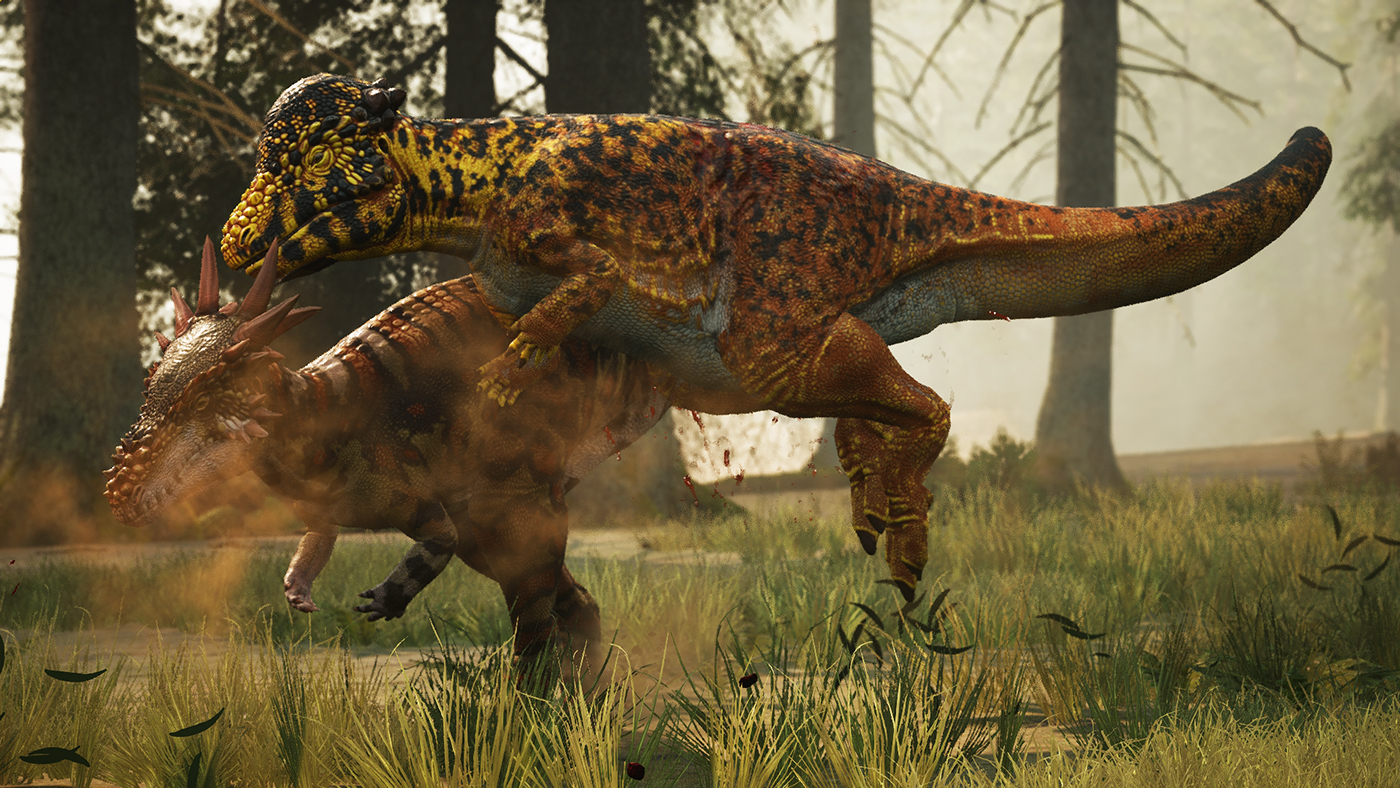 Another big feature we will be improving is the questing experience. This means adding completely new quest types, more goals and achievements, unlockable features, and ultimately pushing the gameplay loop into a robust and open-ended growth and leveling system. We will also better reward players for simply exploring the world, rewarding growth and marks for discovering rare items and locations. Our goal is to jam pack areas with hundreds of things to do and new things to discover, and to ensure players never feel as though they aren’t progressing towards larger goals.

Some dinosaurs will get a small update pass to improve their animations and textures to further bring personality and uniqueness to each species. This will also tie into the combat update as we can improve movement speed and with updated locomotion animations, or revisit combat animations that play too slowly or don’t reach far enough down to hit smaller dinosaurs.

As an example, we have updated the Ceratosaurus already to improve its textures and model, and updated its trot animation to give it a “marching” feeling that ties more into its burly hyena playstyle. Below is a before and after of the Ceratosaurus improvements, which includes slight model tweaks, texture updates, and a different standing animation.

We will be improving upon modding by implementing a “Team Deathmatch” game mode. We have already made great progress on this feature, however it fell to the wayside as we put more time into other features and was never fully completed. This new example game mode will demonstrate how game mode modding works! In the Team Deathmatch game mode, you can join a team, and gain points by killing players on the other team. The team with the most points at the end of the round wins. This game mode supports many different teams, so you can have large, multi-team battles too.

This game mode is compatible with other mods! This means you can:

We look forward to seeing all the unique custom game modes the modding community brings in the future. If you want to learn more, or are interested in modding Path of Titans yourself, you can signup here! https://alderongames.com/mods 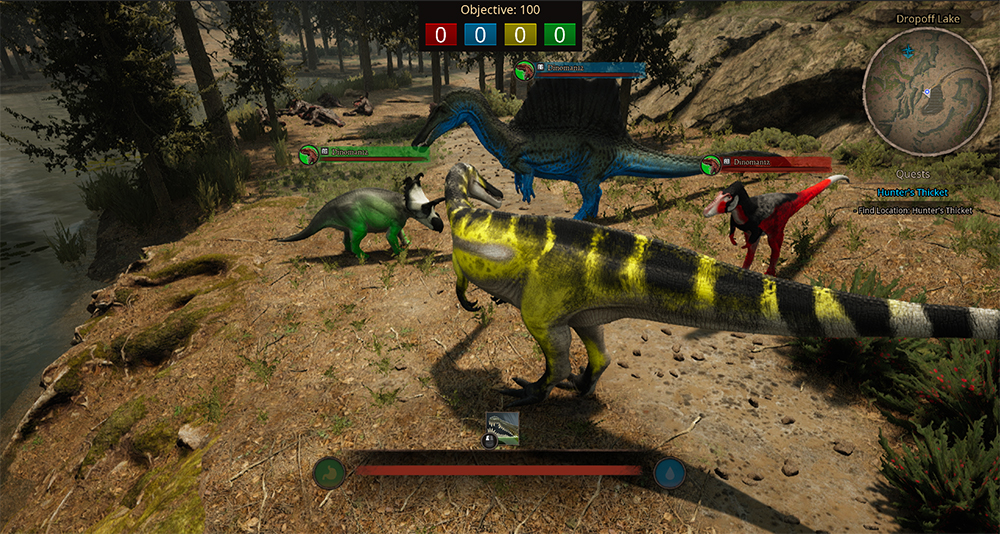 We will soon release the Replay Tool, an awesome way to record videos of Path of Titans from a more cinematic perspective. These tools were developed to record the Gondwa Gameplay Launch Trailer, and now we want to get these amazing tools into your hands! The replay tool gives you the ability to record a gameplay session and play it back in real time from a detached cinematic camera, allowing you to capture beautiful footage. You will be able to manipulate things like depth of field, field of view, whether the camera automatically follows players, weather, time of day, and more! The replay tool will be compatible with mods, and also usable on community servers to possibly help with server moderation. 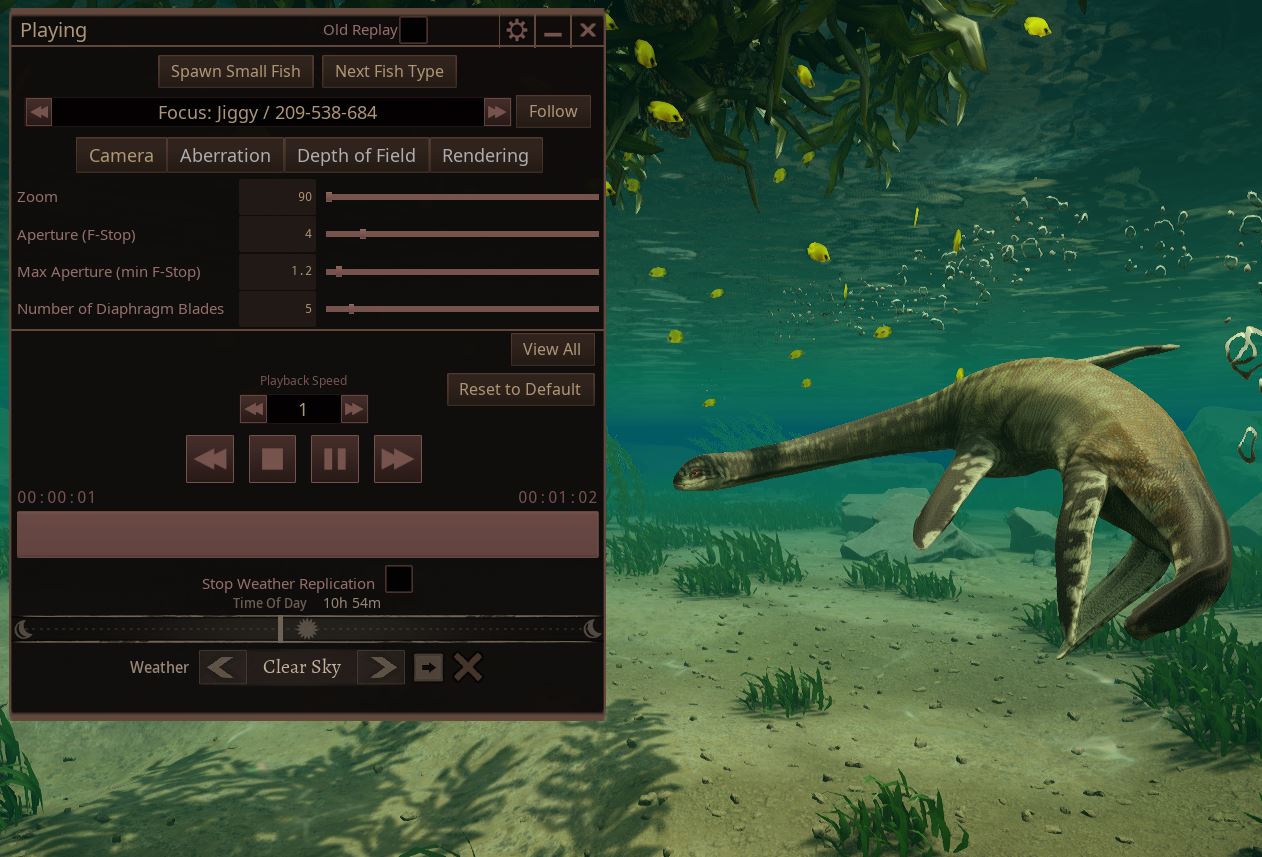 Blessed be the gamers and content creators out there who find those magical moments where bugs and exploits are discovered, and they immediately turn them into comedy gold. This year, the Alderon Games blooper reel of the year award goes to Anthomnia, and his Play of the Game twitter post.

Play of the game pic.twitter.com/JMPVUnLzeT

As an independent game studio we can talk about these ups and downs, and by far the funniest down we had this year was the Stegosaurus tail attack launching recipients up into the stratosphere- we remember it fondly. We’ll share the laugh once again for your new year sendoff... Happy New Years!