Hello everyone, and welcome to the beginning of the Path of Titans dev blogs. We have recently created the website for the game and will be posting updates every half month outlining development progress and any important announcements. Because we have been in development for just over 2 months before posting these blogs, we have created summaries of what was accomplished during each half month and will be posting them up as the first four dev blogs.

Right from the beginning we’ve been interested in extensive character customization. Because characters will be permanent in Path of Titans, it's very easy to expect many people will become attached to their dinosaur. The ability to change skins and models of your dinosaur to make the player feel unique and stand out from a crowd was very important to us. It was with this in mind that the very first dinosaur was modelled, the Allosaurus. The Allosaurus will be a great well-rounded carnivore for players who love the iconic look of this dinosaur and enjoy playing in small packs. It might not be the strongest, fastest, or most agile, but a group of Allosaurs shouldn't ever be taken lightly. 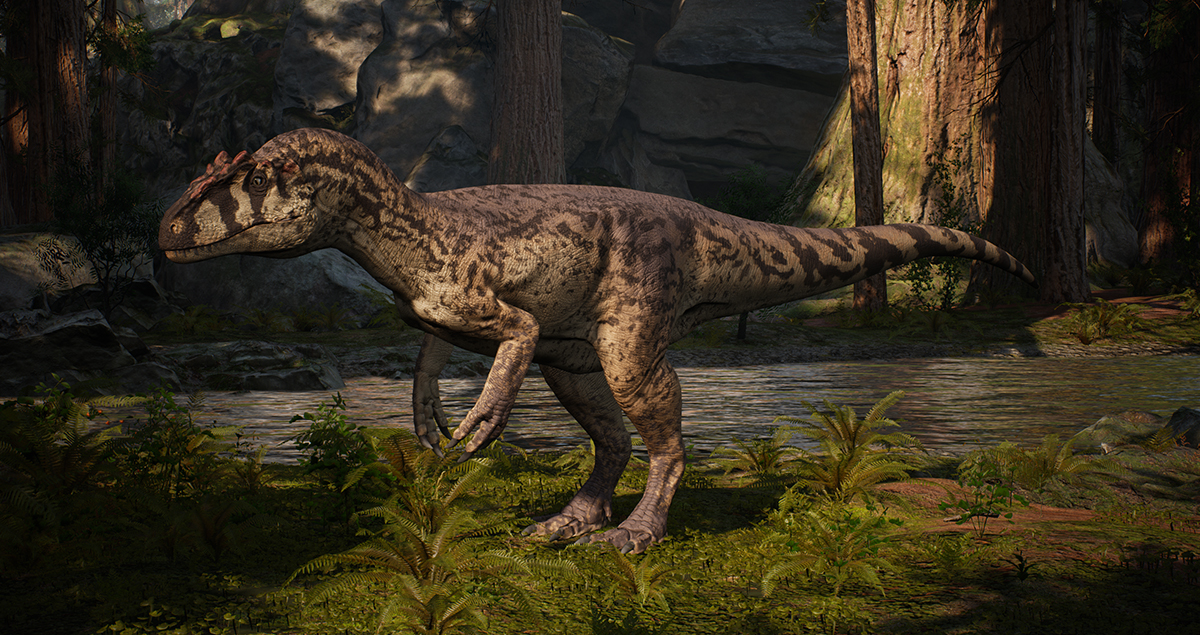 The first completed dinosaur model, the Allosaurus
The *Allosaurus* set the standard that we wanted to follow for our future dinosaur customization. In addition to skin pattern and colour changing, you are able to select between different body types. It has a standard look, a thinner spiny look, and a heavier stouter look all represented below. These body type modifications will generally affect things like horn placement, body thickness, limb length, and extra flourishes such as spines or feathers. The aim is to create plenty of species variety while also creating a cohesive look to each genus of dinosaur. Players will be able to unlock each alternate type as they play the game and complete quests or achievements.

The three variations of Allosaurus, the standard, the spiny, and the stout
These different visual differences will also have slight impact on gameplay, as we know not all players are interested in aesthetic-only changes. There will be slight size differences between character models, stat differences, and different attacks that will allow players to tailor their character to their preferred playstyle. With as much customization as this, all players will be able to find their perfect balance of stats and looks.