This month was pretty hectic behind the scenes as we prepare for our crowdfunding, but nevertheless we have loads to share! This month we essentially completed our Struthiomimus and Latenivenatrix, and have completed a lot of skins for them. We also have made great progress on building our map and filling it with points of interest!

Our feathery troodontid has been nearly completely animated! It has its locomotion animations, jumping and sitting, as well as a handful of calls and emotes. Our skin artists have also painted some gorgeous skins that really make it stand out as a distinct and colourful creature. The most vibrant and striking skins will be difficult to unlock, but will absolutely be worth it to be able to be this eye-catching!

Calls for this dinosaur were inspired by wildlife found here in Australia, such as the calls of the Australian Raven and Australian Magpie. We wanted to add a little slice of home into the game, and decided this would be the perfect way to do so!

Two Latenivenatrix. They are both using the same skin, but are using different colours and patterns.

The Struthiomimus has nearly been completed as well, with most of its locomotion finished as well as a powerful kick attack it can use to defend itself should it be in danger. It is the fastest animal in the game, even faster than the Latenivenatrix. It’s incredibly mobile and responsive to control, but requires a decent amount of time while running to build up to its top speed. Players looking to hunt this creature may be able to catch it if they manage to ambush it before it has a chance to flee. 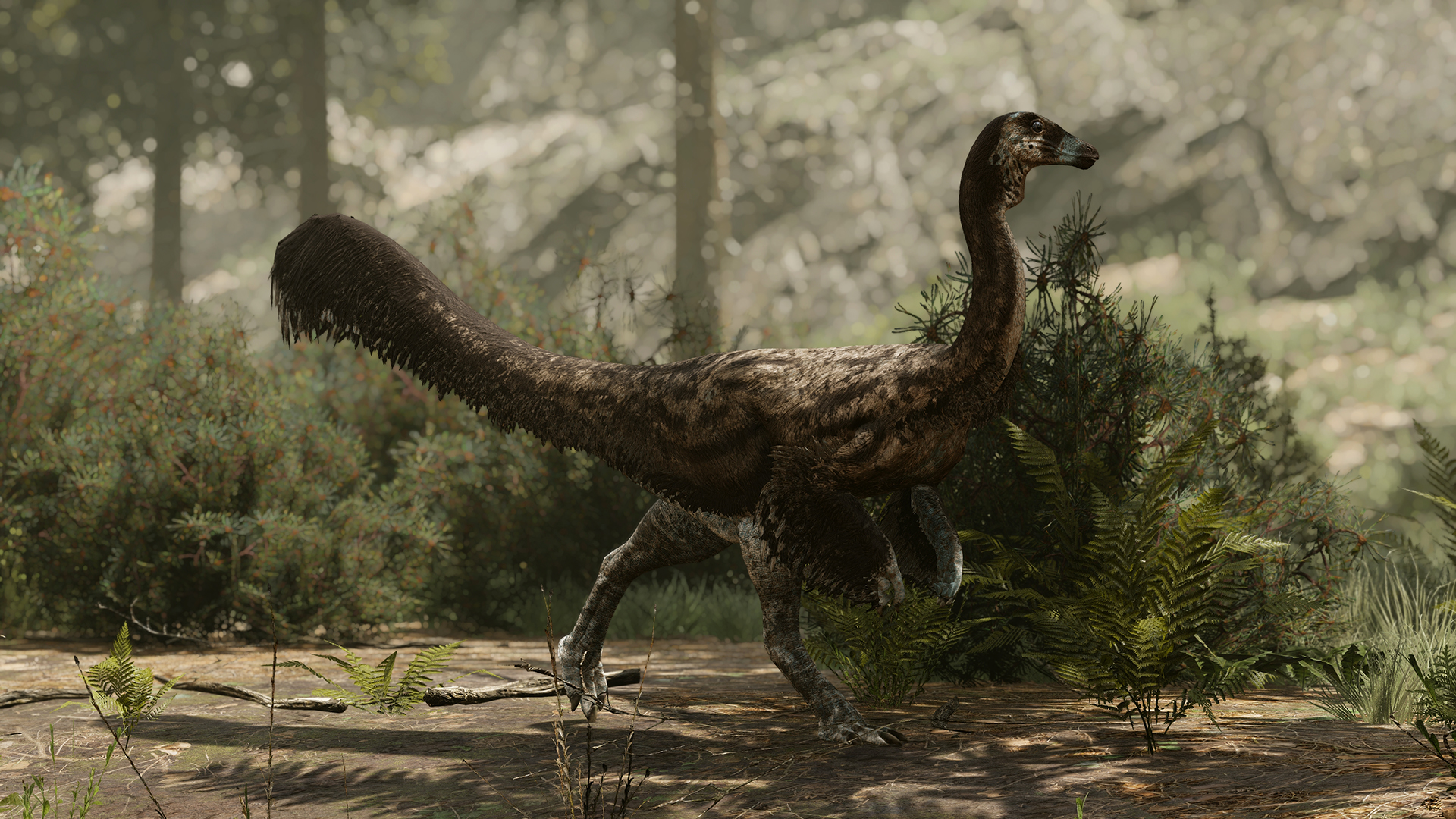 A lot of work has been completed on our main map. Our map artists have been working on crafting a map full of small details and interesting natural formations.

A huge part of open world games depends on having a complex and interesting map, filled with points of interest that avoid it feeling same-y and dull. Because our map is so large (8kmx8km), we do have to rely on some procedural foliage generation, however this is used in conjunction with hours and hours of hand-placed content that complements our foliage’s natural growth.

Tight ravines and fallen trees allow for smaller dinosaurs to effectively flee when in danger, and allow them to explore areas that larger dinosaurs simply can't reach.

One question that we are sometimes be asked is “how will you balance smaller dinosaurs compared to larger dinosaurs?” While it’s true that a small dinosaur like a Camptosaurus or a Latenivenatrix couldn’t reasonably attack and kill a large carnivore like Daspletosaurus or Suchomimus, that isn’t going to be their playstyle to begin with. Large dinosaurs have the benefit of being big, with massive damage and lots of health, but they are also too large to effectively navigate small and interesting areas of the map. A smaller dinosaur, like a Camptosaurus, will have access to hundreds of unique areas that are essentially blocked off to larger dinosaurs because of their narrow passageways or tight corners. Small dinosaurs won’t have to fight large dinosaurs because they can simply run into a small cave, dodge under logs, or run through tight passageways and be safe from them. Players that enjoy exploration, scouting, and fleeing from threats instead of confronting them will love playing as our smaller dinosaurs.

Of course, large dinosaurs will have plenty of interesting map elements to explore as well, like waterfalls, large caves, and ravines. All of our foliage is accurately scaled, and players feel a great sense of size difference when jumping from playing as a smallest dinosaur, the Latenivenatrix, to playing as our largest dinosaur, the Lambeosaurus.

We hope you will enjoy playing on our map in the future and look forward to sharing more about it in the coming months. Thanks for reading!

Logs and uneven terrain can be used by smaller dinosaurs to escape from predators.