This month has been hectic with the crowdfunding currently ongoing, but we are absolutely floored by the support you’ve all given us! We been blown away by the amount of positivity and energy everyone has had towards the project. Thank you so much to everyone who has helped support Path of Titans.

A few very generous backers bought perks to add their own choice of dinosaur to Path of Titans, and we are really excited to share that we already have two of these dinosaurs completed. They were streamed on our Twitch initially, and were also uploaded to YouTube. If you are interested in watching them head on over to our channel (https://www.youtube.com/c/pathoftitans).

These dinosaurs will be included in the base game, and will be playable by anyone, not just the person who backed the perk. We will be releasing teaser videos of these dinosaurs soon, so you'll be able to see them animated with their accompanying sounds. Once the crowdfunding period is finished, we will also post a full list of all the locked-in and funded dinosaurs that will be added to the game over time. We will post more dinosaurs soon as they are modelled, and will keep everyone updated about future development!

This is a smaller carnivore, being slightly taller than the Ceratosaurus but lighter. One of this dinosaur's skins are based on a poison dart frog, with different colours for the male (left) and female (right). This dinosaur will have unique sounds, and a total of three skins in the base game.

This is a medium-sized herbivore, being slightly smaller than the Lambeosaurus. It has a large nose that vibrates when it calls, creating a deep bellowing noise! It's going to give some nice variety for hadrosaur players to choose from. There's a lot of hanging skin under its neck, similar to the dewlaps of a Zebu - a type of Asian cattle! One of its skins is based on a bison, with the male having a stripy bright head. This dinosaur will have unique sounds, and a total of three skins in the base game. 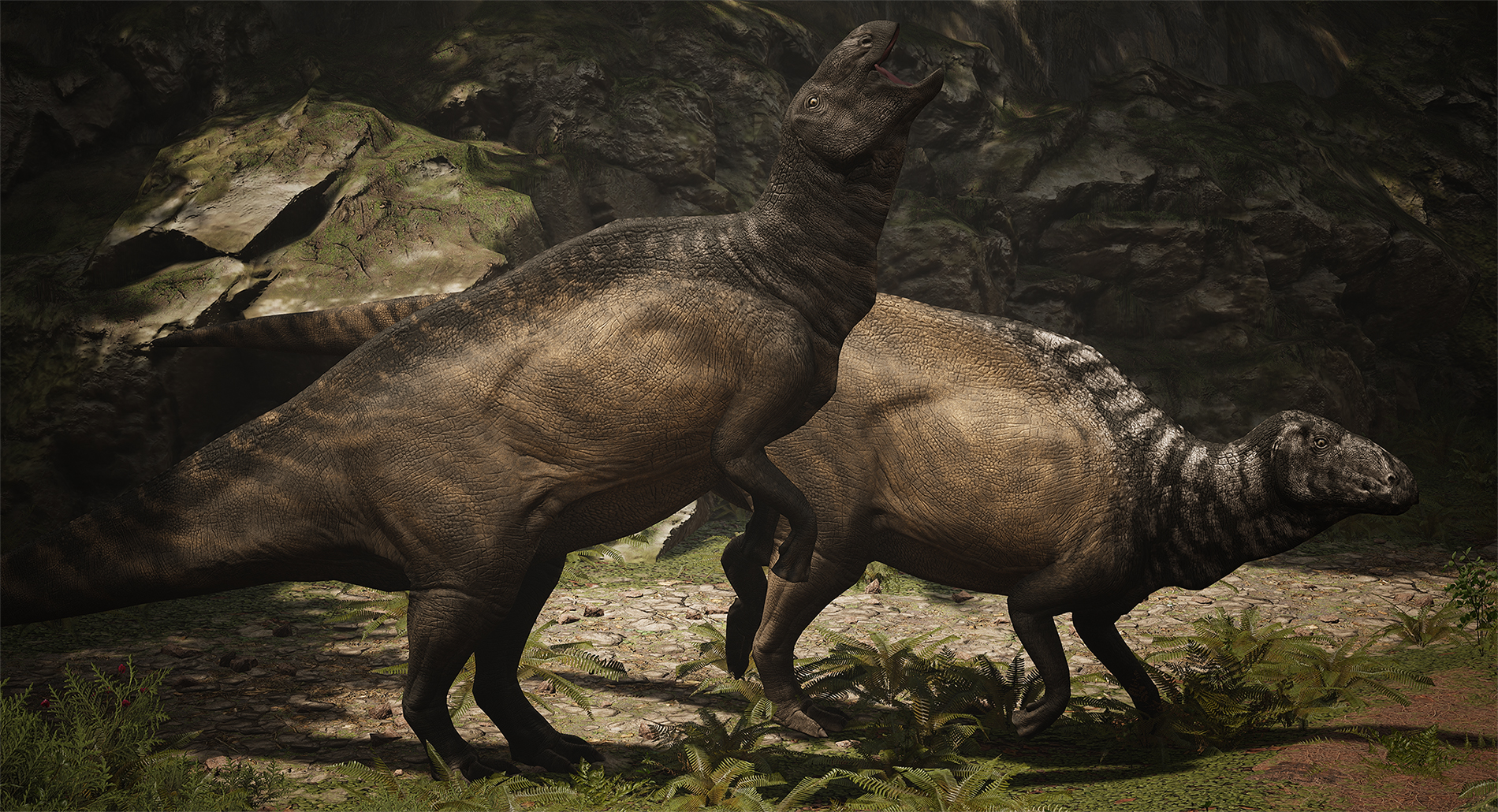 We are currently developing a system that will give special keys and roles to everyone who backed Path of Titans through our crowdfunding campaign!

Backers of Path of Titans can unlock a “Backer” role on our Discord server by connecting their Alderon Games account to their Discord account. This can be done by logging in to your Alderon Games account and editing your settings. For people who have purchased any perk through our website store, they will recieve their roles as soon as this system is set up. For people who have backed through Indiegogo, they will recieve their roles as soon as the crowdfunding period ends on Indiegogo.

This special key will be distributed via email and will give all backers who backed either the full game or pre-release access a free playable game demo. This demo will be downloadable through the Alderon Games launcher, which can be downloaded from our site for free once you are logged in (https://alderongames.com/). The Demo key can only be activated once and on one account.

This demo is something we plan on updating once a month so backers can test out the latest mechanics we have added to the game. It also gives us the opportunity to test bugs and get player feedback. It also gives everyone the chance to watch their backer rewards be developed right in front of them!

The first demo will only be single player, and only contain the character creation tool. This will include all the dinosaurs we have modelled and animated so far, along with a good handful of skins. The primary objective for this first demo release will be to find as many bugs as possible within the launcher and demo so we can have them fixed well before pre-release access starts to give pre-release backers the smoothest experience possible.

Please note that this playable demo is not the same as the Pre-Release access that is coming in December of 2019. This is a separate playable version of the game that is more widely accessible to our community. We will update the launcher with more demos as we continue development!