Hello everyone! This month has been full of yet more progress on the game. As usual, we have new creatures added to the game, but we also have continued to flesh out our dinosaurs animation sets.

Initially, the Ceratosaurus was a somewhat overlooked dinosaur. It was complete in most aspects, however, it did not have its own unique animations. Because it was so similar to the Allosaurus, it was simply using that dinosaurs animations for the time being. However, we have now properly animated the entire animation set for the Ceratosaurus to help give it a more unique and individual feel from the rest of the mid-sized carnivores in Path of Titans. 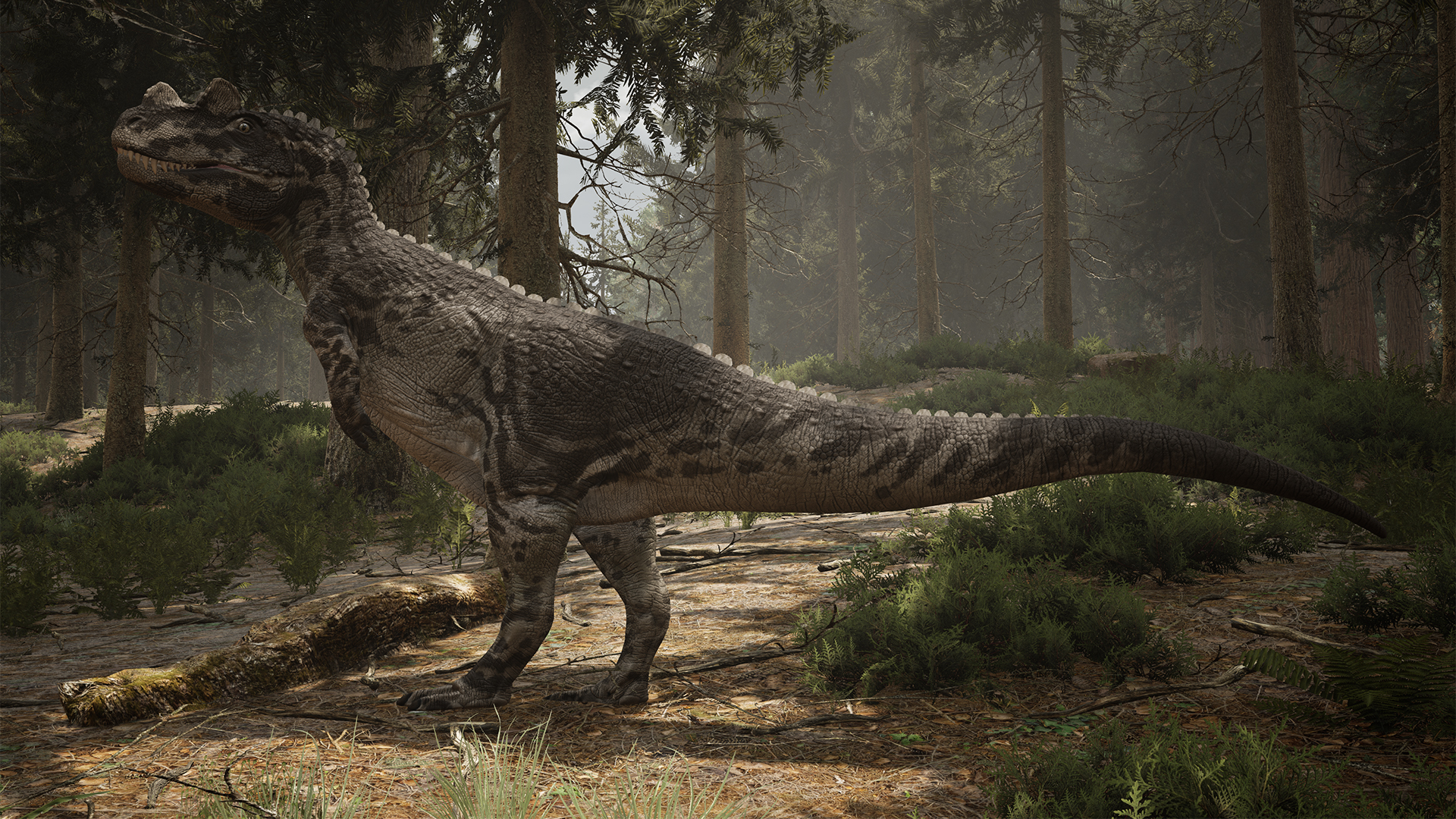 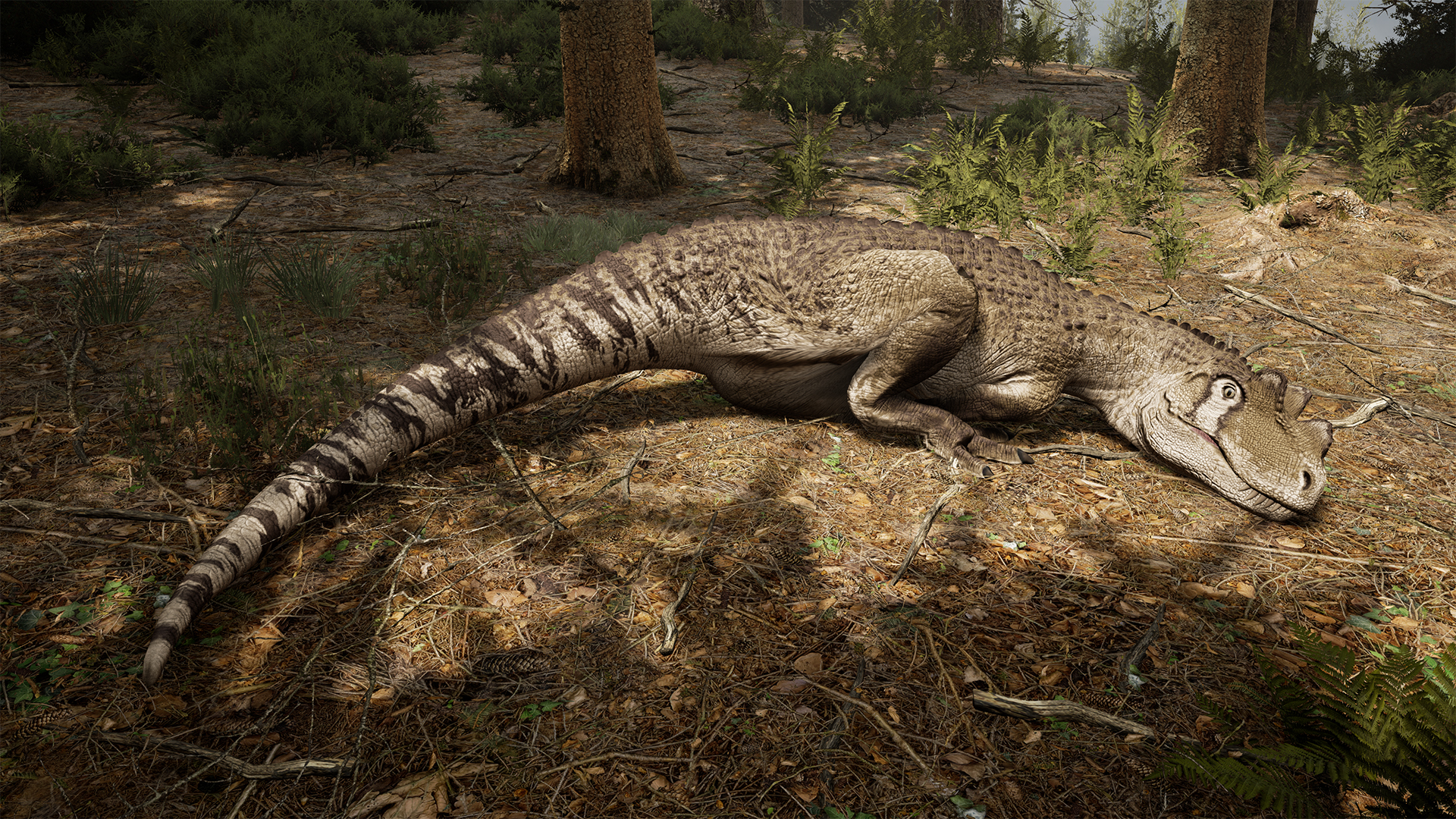 This week we have implemented a new game mechanic: Sleeping. Press a key to sit down, and once you're sitting down you can hold that same key down to put your character into a sleeping state. You regain stamina and health faster while sleeping, but watch out! If you are attacked while sleeping, it takes a little while to get back on your feet, especially if you're a larger dinosaur.

AI creatures are also able to sleep, and will do so when then determine they are tired enough to rest. This presents some interesting opportunities for players take advantage of the AI’s lowered senses and defenses, such as stealthily sneaking away from a sleeping predator or pouncing upon sleeping prey.

While sleeping is a relatively simple mechanic, we feel it will add a new layer of realism and complexity to our dinosaurs and give players more ways to communicate and roleplay with their friends. We are sure this mechanic will bring a lot of fun to the game! 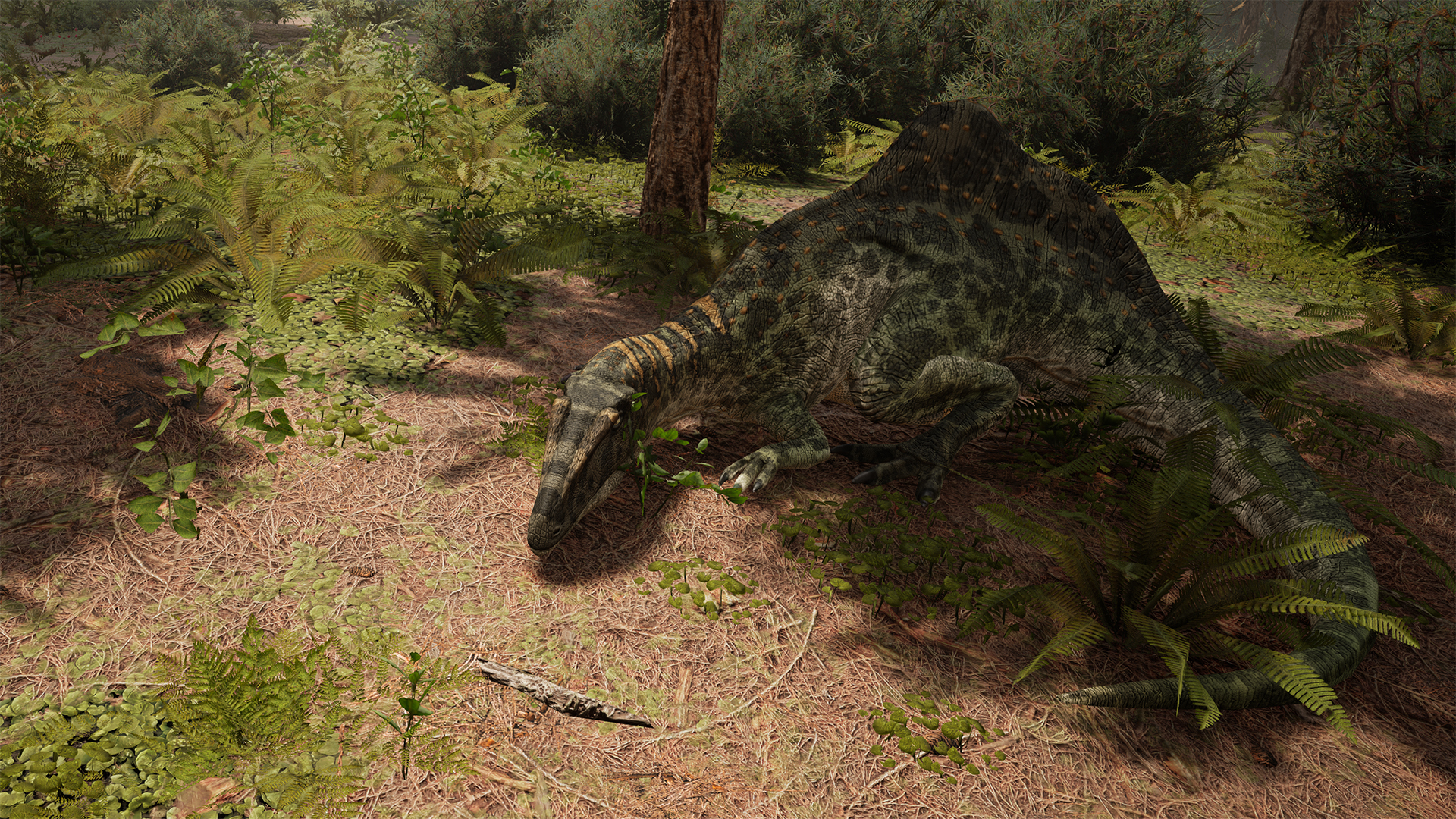 Our first perk-funded critter has been completed this month, the Platyhystrix. It was a prehistoric temnospondyl amphibian that had a large sail running down it’s back. You will find this critter scuttling around the forest undergrowth and around swampy areas of the map. We have three skins created for this critter, with the most common patterning you’ll find being a mottled green and brown to help the Platyhystrix camouflage in swamp foliage. 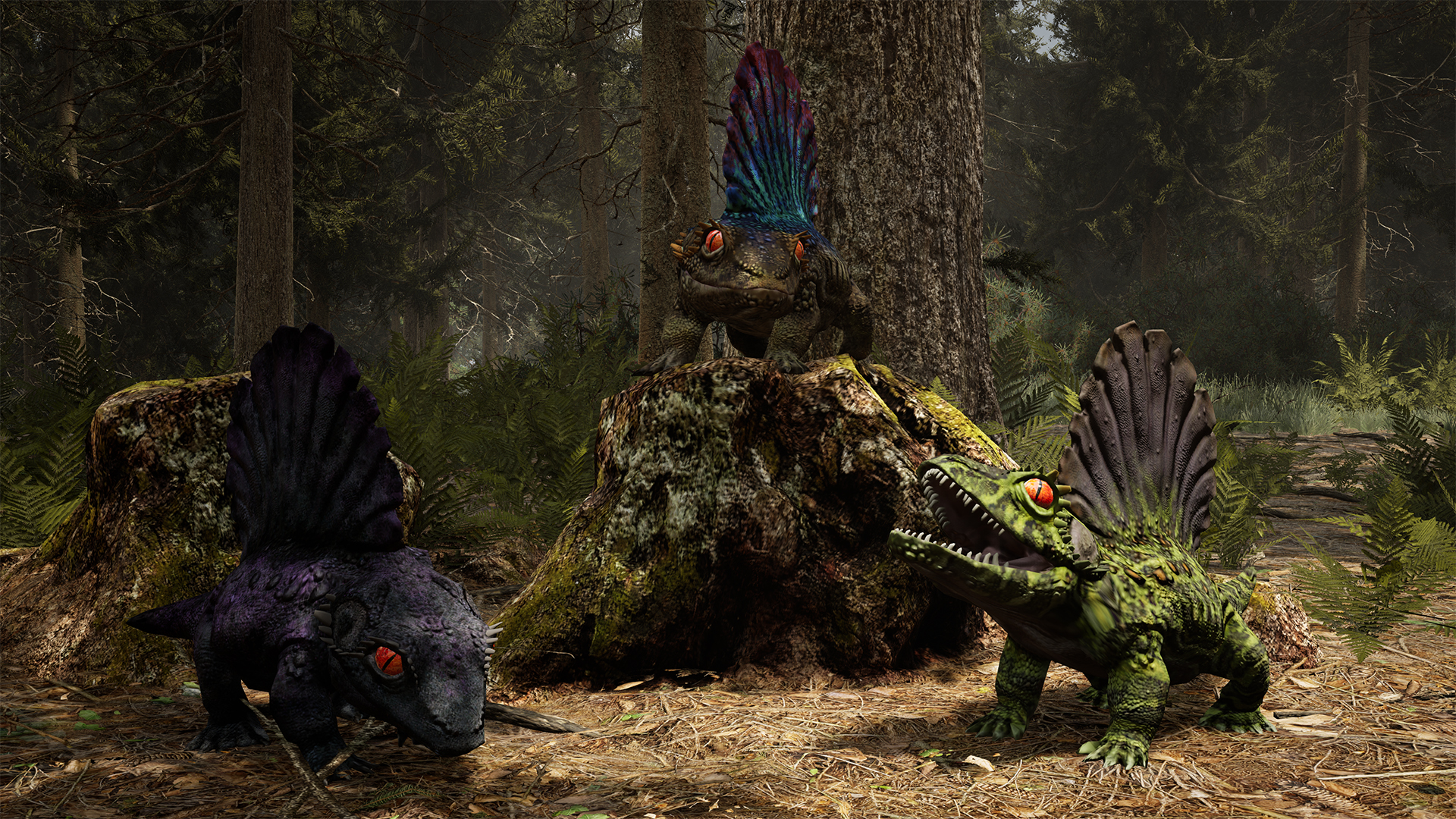