Hello again everyone! This weeks dev blog talks about the final dinosaur addition until launch, the Spinosaurus, work on our map, progress on our updated movement system, and other dinosaur anatomy improvements.

This week we modelled the final dinosaur addition to our playable roster for the games launch, the Spinosaurus! It’s currently in the demo with 2 skins, and more incoming. Check out the demo today, available here! https://alderongames.com/store/path-of-titans

The design of the Spinosaurus was inspired by an Australian Water Dragon, with spines running down its neck and tail, and a Water Dragon skin to go along with it. The most important aspect of Spinosaurus will be its ability to hunt for large fish in rivers and lakes, and we are actively working on fish AI and swimming mechanics to complete this dinosaurs playstyle.

While the Spinosaurus will be slow on land, once it finds water it will be able to swim quickly with powerful strokes of its tail and its streamlined body. Here is a render of the Spinosaurus as well as an in-game screenshot of it. You can also check out the 3D model turntable found on Artstation! https://www.artstation.com/artwork/XBwdPL 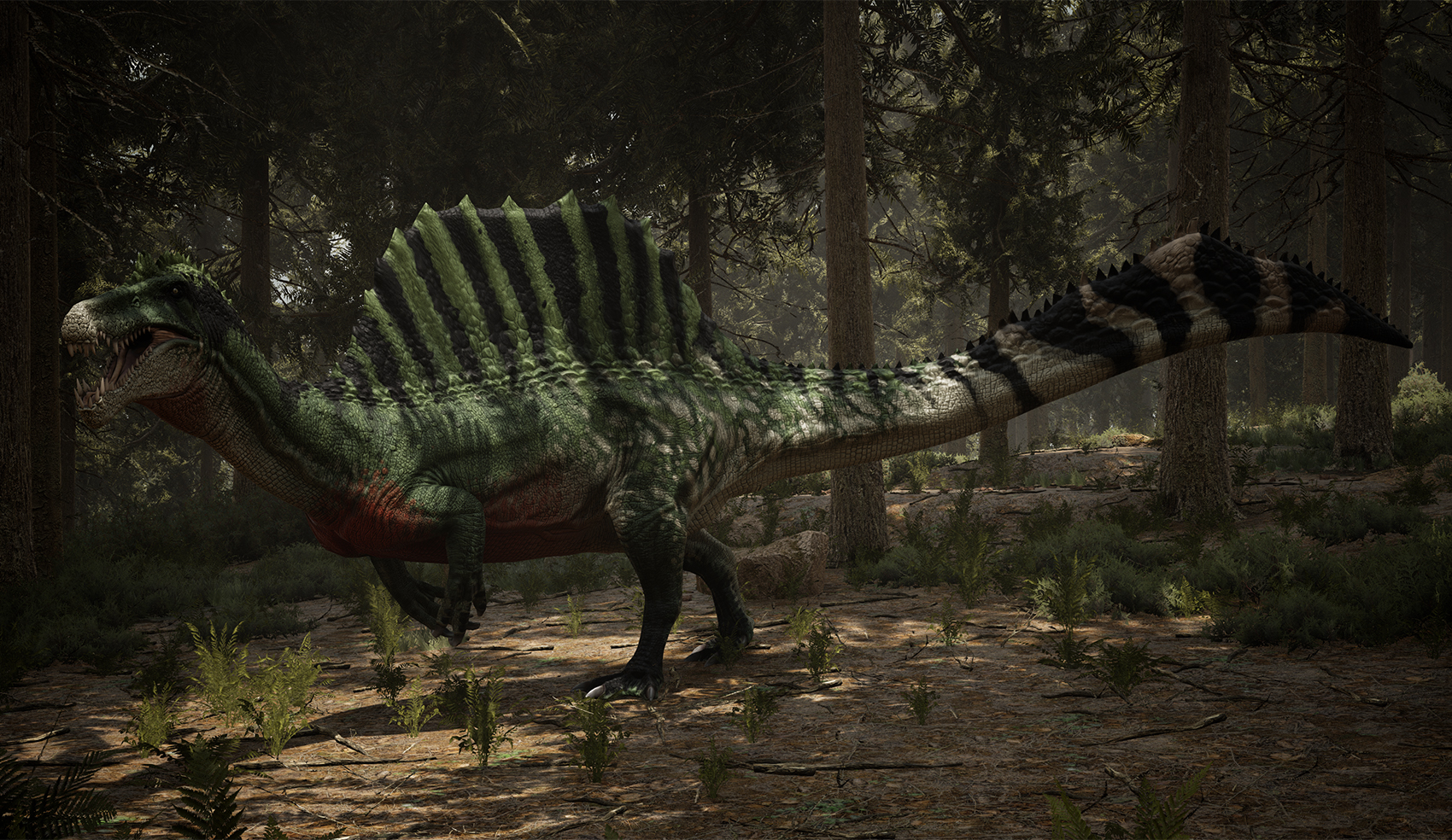 We’ve done a few more dinosaur tweaks this week, with the Daspletosaurus getting a huge facelift. It’s original model had issues with its anatomy, in particular the length of its legs. With its legs being so short, it was inaccurately made much larger than it was in reality. This, combined with an overall lack of detail on its body caused it to look less realistic compared to our other dinosaurs.

We’ve updated the model to have more accurate proportions, better shape overall, and more details including wrinkles and scales. All these edits were done without the need to redo any animations or skins, so it means no future development was set back.

Here is a render of the new Daspletosaurus. You can also check out the 3D model turntable found on Artstation! https://www.artstation.com/artwork/4bL8Bk

Movement, one of the most important features in any game. We’ve been working on an improved system to allow players more precise control over their dinosaurs movement direction. No longer will you be forced to move forward in order to go backwards. This new system is planned to allow not only backstepping, but also side to side movement and the ability to rotate your character smoothly to your cameras direction. We’re truly trying to bring the genre to a new standard in terms of gameplay and we felt this was something that couldn’t be ignored. Unique animations are being created for all dinosaurs (currently only the Suchomimus has these animations) in order to make every transition smooth and visually appealing.

We have been hard at work expanding on our map, Panjura, adding new areas for players to enjoy and explore. Many small, rocky caves have been added to aid smaller dinosaurs wishing to seek refuge from larger carnivores looking for an easy meal. Fallen logs, rocky archways, and narrow canyon paths have also been crafted for the small and nimble to use, as well as larger caves and rocky outcroppings for bigger dinosaurs to lay claim to and defend. 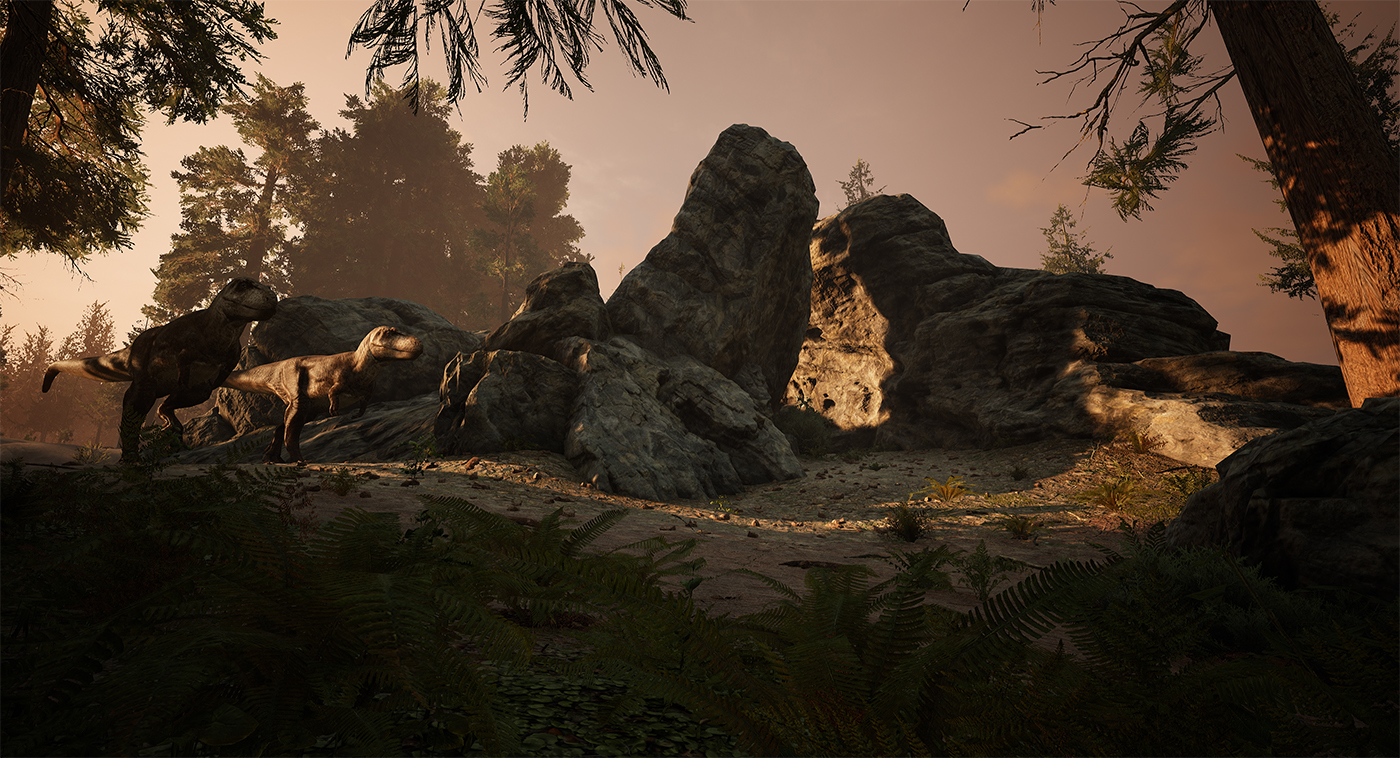 For those of you interested in playing on the offensive, you have not been forgotten! In addition to hiding spots, many areas for ambush have also been added for you to take advantage of. Rocky archways which provide cover and escape for smaller dinosaurs may prove fatal for those who can’t fit through and end up trapped during a chase. Learn these areas well, and mind which alley you turn down!

On the topic of survival, many water sources have been dotted around the map so that there should always be a water source near you. From lakes, ponds, waterfalls, rivers, streams and swamps, water will be plentiful wherever you end up on Panjura.

Be sure to tune in to our streams to see map creation and much more live, and give your input on what you’d like to see added to the map as it is made! Check out our Youtube channel here: https://www.youtube.com/c/pathoftitans We are excited to share the map with you, and look forward to allowing players to explore and enjoy the world of Path of Titans. Thanks for reading! 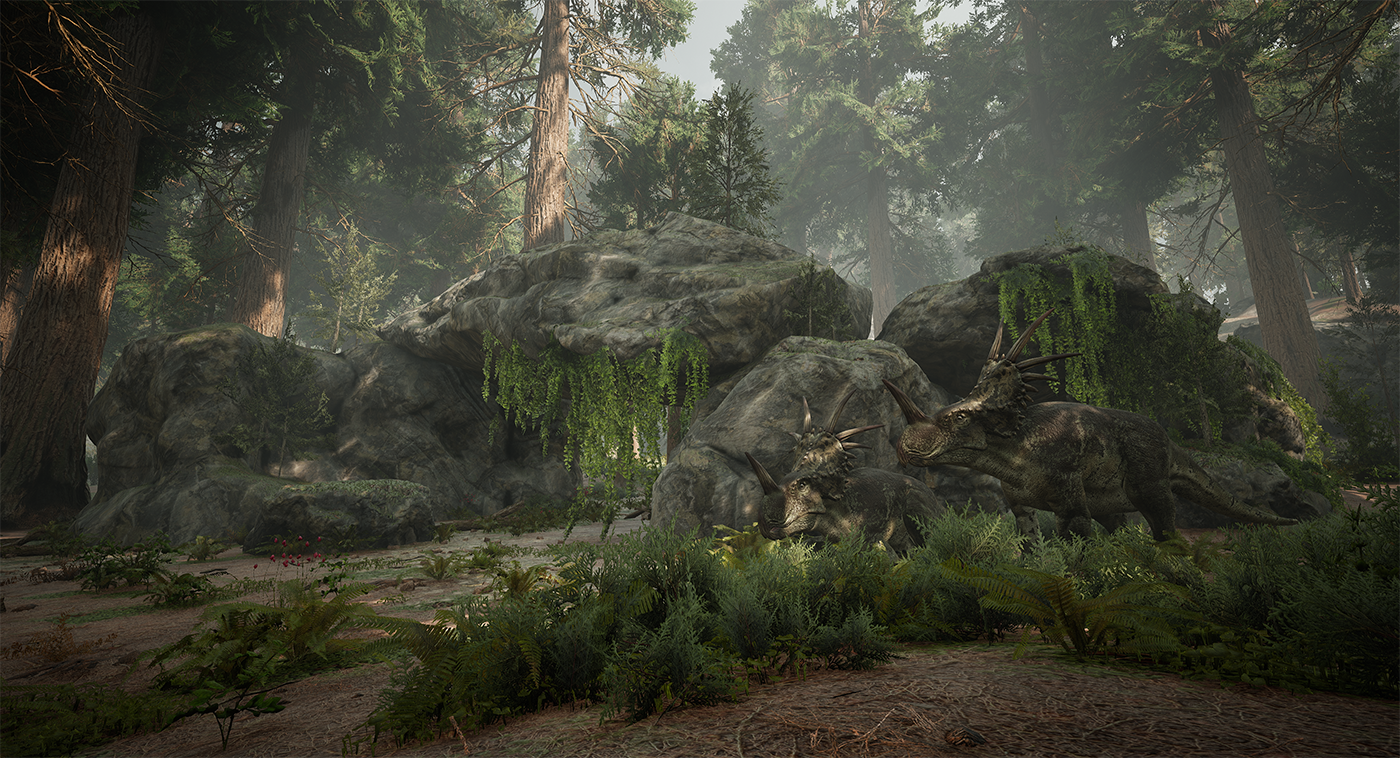