Hello again, everyone! This week has been very productive for our team. We have been mainly working on tweaking our dinosaur sizes and animations, controller support improvements, continued expansion of our map, new skins, and our first multiplayer tests!

Lambeosaurus has undergone some small tweaks to improve its accuracy and animations. This was the second dinosaur modelled for Path of Titans, and it had some anatomical inaccuracies that lead to some animations not looking natural. The major issue was the length of its legs, which were too short and in turn caused some difficulties with animating its running, walking, and trotting cycles.

The new fixes are subtle, but we feel it makes the dinosaur much more believable and brings it up to the standards of all the other dinosaurs in Path of Titans. Here are some beauty shots of the new Lambeosaurus below, as well as a before and after image of the proportional tweaks that were made! 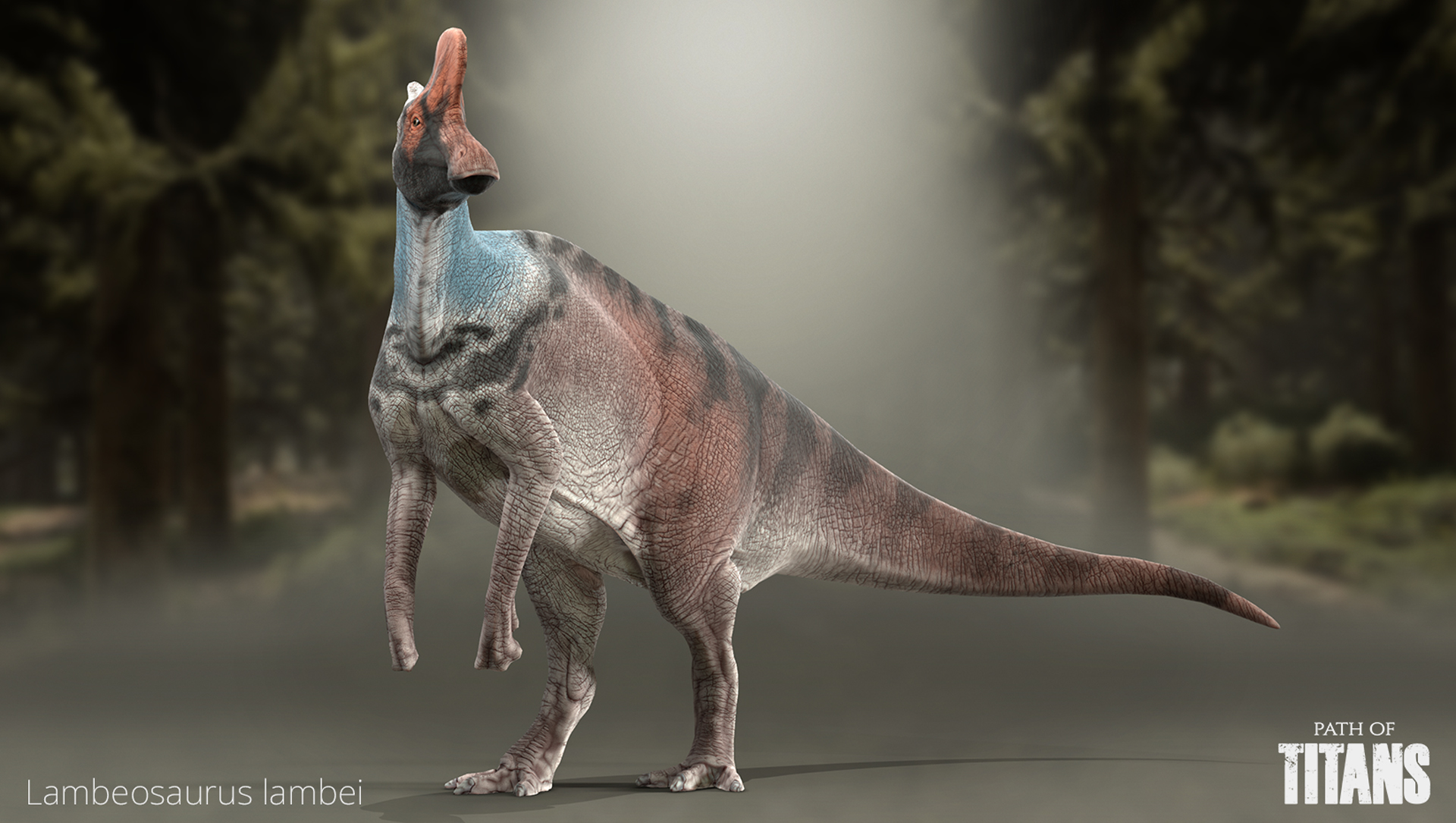 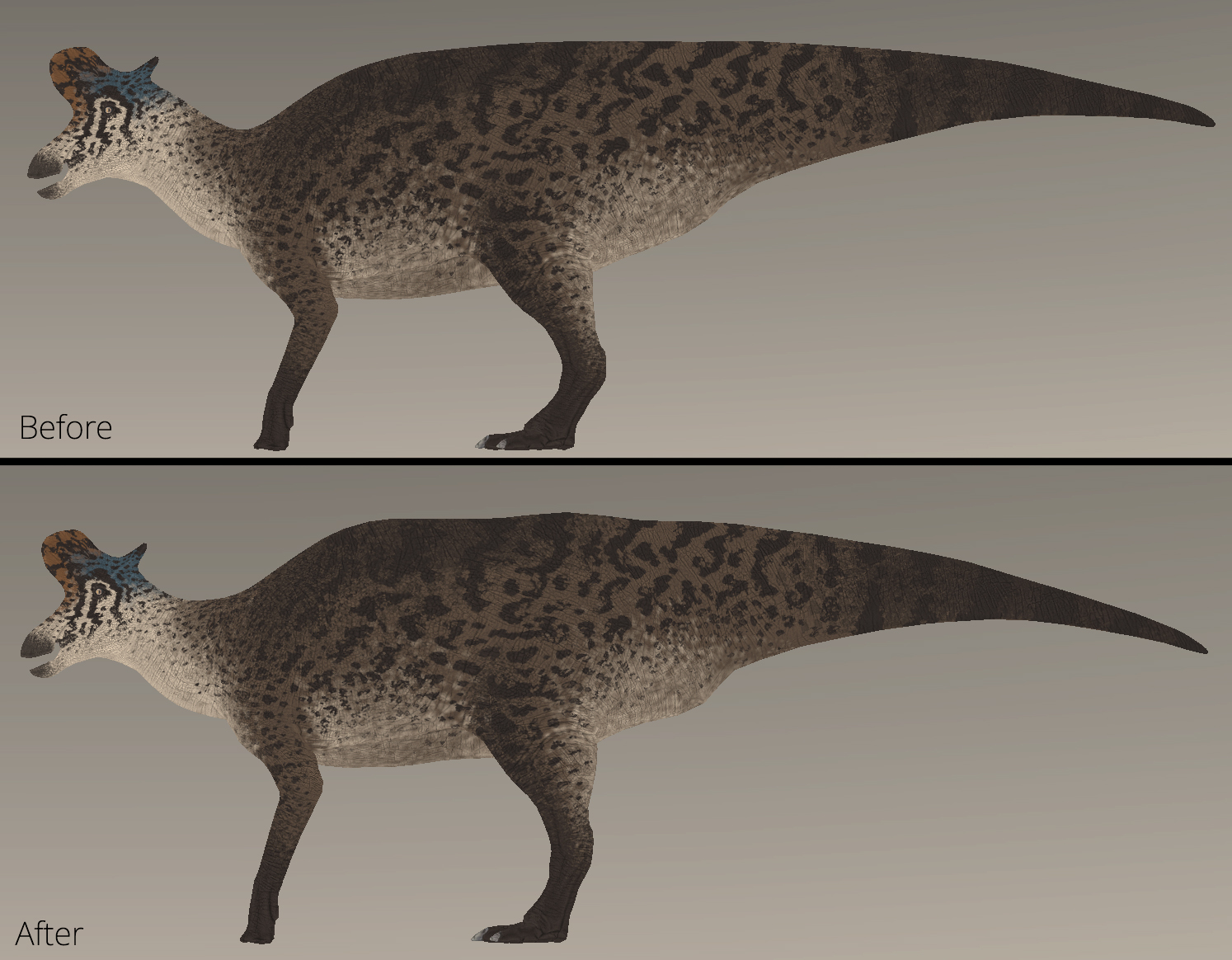 A before and after comparison of the Lambeosaurus model.

While we already had controller support working in Path of Titans, this month we have also been running through all our UI elements and menus and ensuring controllers are able to navigate through all menus smoothly. With some of the more complicated screens, such as the character creation screen, it can be difficult to get this working well without it feeling clunky or hard to follow.

We have also been working on in-game controls to improve the overall player experience, and we will be continuing to improve controller support over time to include new mechanics and additional features as they are added to the game.

As usual, we have been steadily expanding our main map, Panjura, and have completed another 6 tiles (2x3 Km). With the addition of the Beech forest in our last dev blog, we have also added more open fields for more variety on our heavily forested map. This will be great for larger dinosaurs who might find thickly forested areas difficult to navigate through.

Working on Panjura is a task that already has thousands of hours put into it, and it will take many thousands of hours more to complete. We are committed to bringing an interesting map to life, with hundreds of detailed, hand-crafted areas that have been designed carefully for fun gameplay opportunities.

Here are a few new additions to the map this month!

A large sinkhole with trees growing within and a small pool at the bottom.

We have been hosting some small-scale multiplayer demos these past two weeks so that we could make a first pass and begin fixing bugs and making optimizations before we officially begin the multiplayer demo. These preliminary tests help us to discover and fix bugs before releasing the multiplayer demo to a wider audience, making for a better overall experience for all of our supporters.

Thanks to the many testers who helped out by logging in and stress testing the server, we have managed to drastically improve server CPU performance and response rate, in addition to fixing connection issues and multiplayer UI bugs. We will be holding more multiplayer sessions as development continues to test new additions and bug fixes!

Thank you to everyone who has helped us test so far, and thank you for reading!