Hello again everyone! We have been working hard adding new content into Path of Titans, and are excited to share what we have done this week. This time, we have been working on modding, adding the Spinosaurus to the playable demo, work on Havens and Waystones, and further work on our map Panjura!

This week we have been working on our modding system for Path of Titans. The modding system was already mostly functional up until this point, however we now have to ensure that mods are playable and downloadable on mobile devices as well. This means making mods that can be downloaded in chunks and can be compressed into very small sizes.

We will soon be releasing two example mod maps for players to optionally download and explore. A large desert map called “The Grim Expanse” and a smaller hillside map named “Stoneclaw Highlands”.

This 8km x 8km map is set in a sprawling, arid desert, littered with abandoned ruins and freshwater oases. Expect a difficult time surviving on this map with water being scarce and predators being able to see you from far distances.

Check out a preview video of the map below. 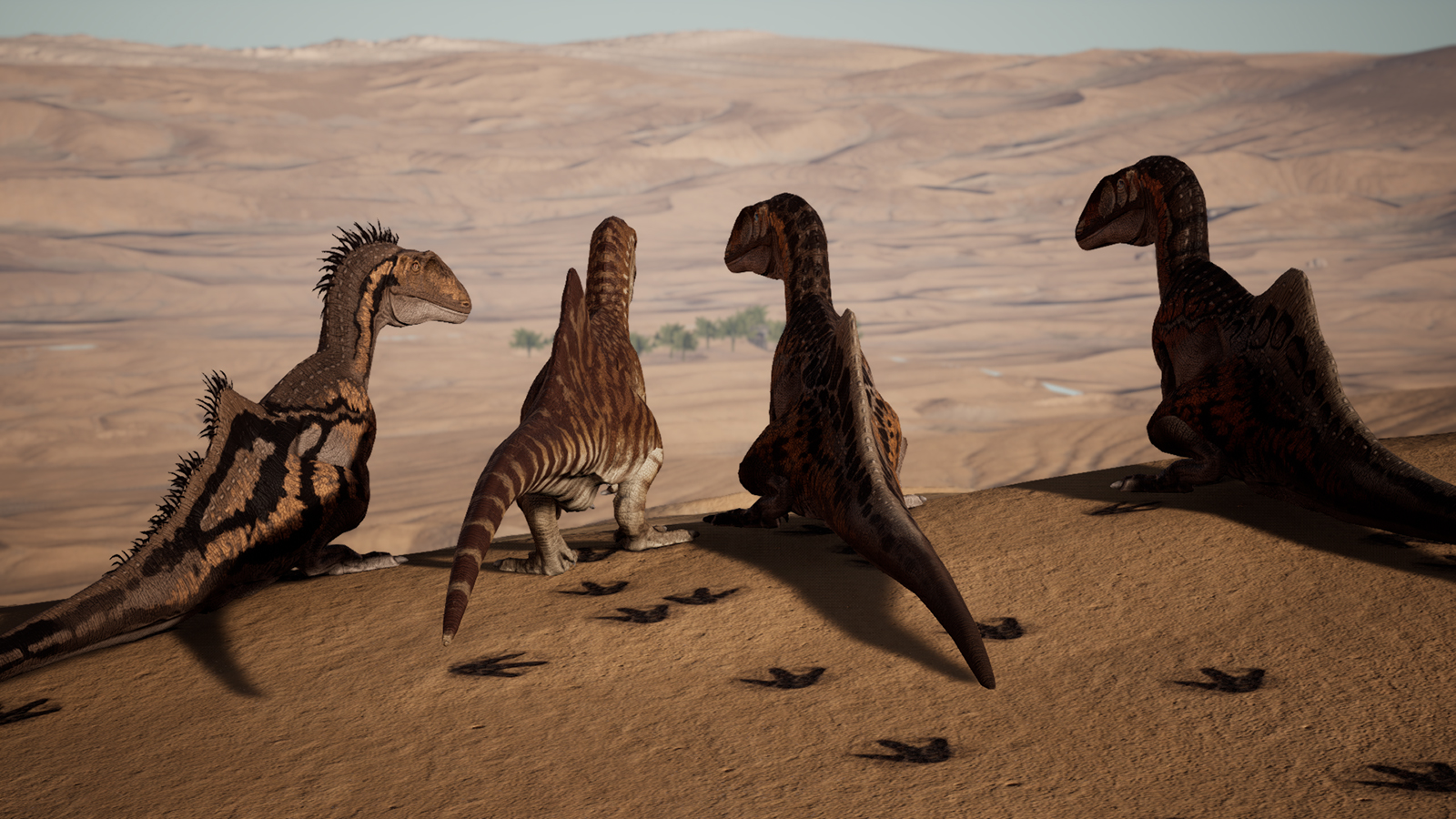 This 4km x 4km map is perfect for a smaller group of players that enjoy wide open spaces and rolling hillsides. Discover hidden secrets and stories on this Scotland-inspired lush landscape.

More mods will be released over time as they are completed. Consider these mods as examples to show what can be created with the Path of Titans Dev Kit! 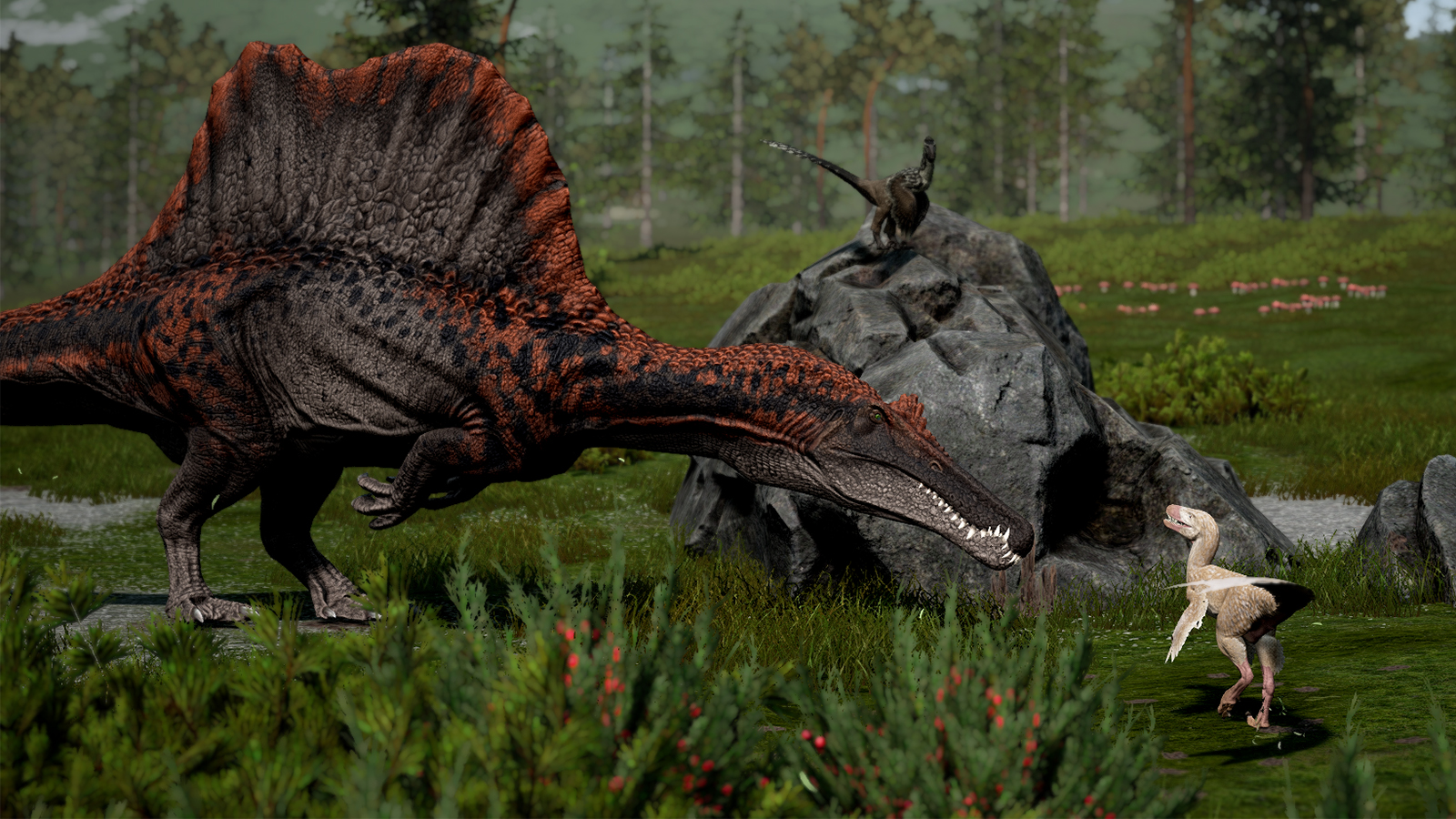 This week we released the Spinosaurus as a playable creature! It’s available on multiplayer servers, and can swim and catch fish similarly to the Suchomimus. It has numerous skins to unlock, and 3 species options to choose from to really stand out from the crowd. 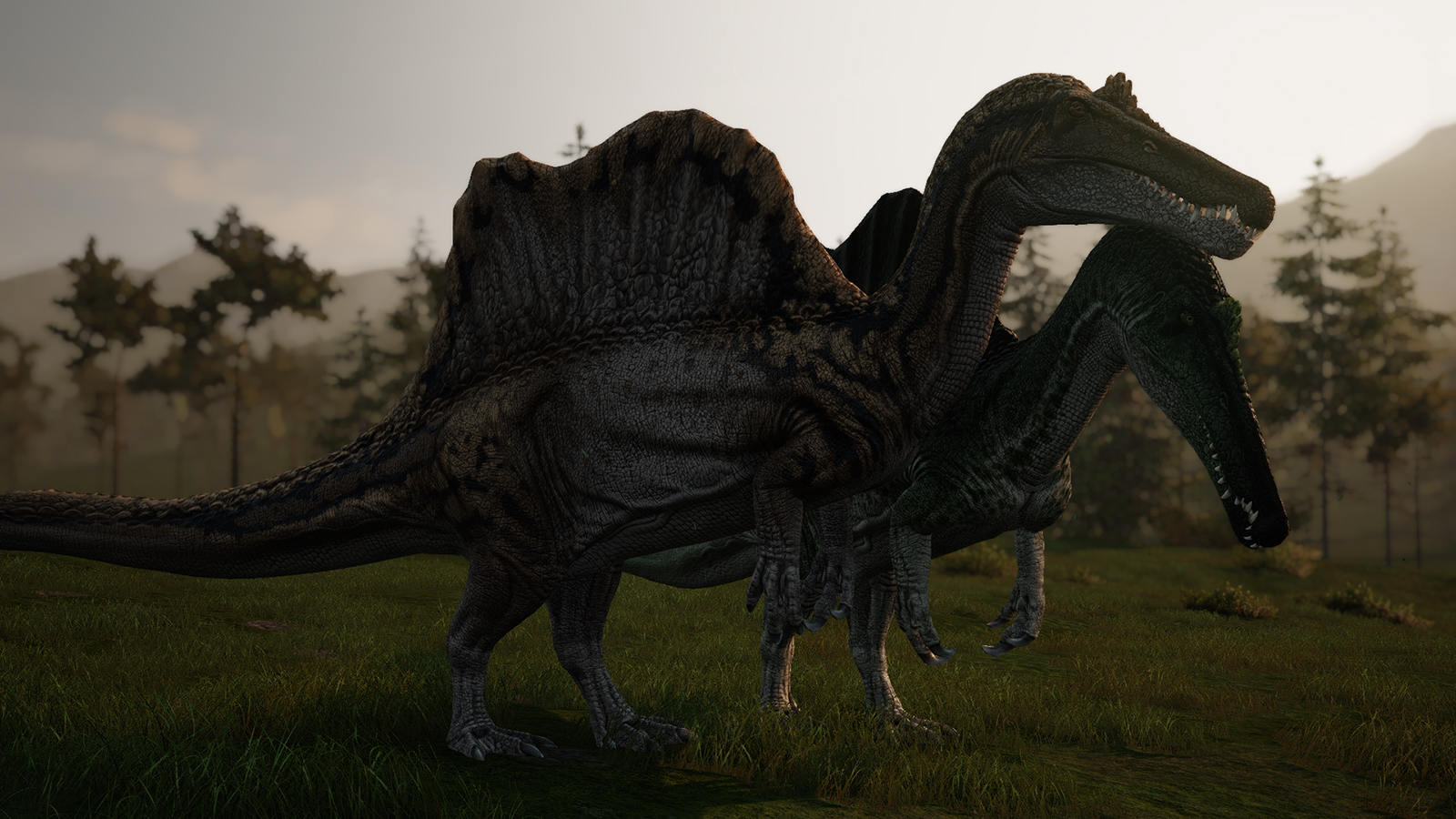 Since our last blogpost, all haven locations have been completed! There will be a total of 15 havens dotted around panjura, giving small dinosaurs plenty of areas to choose from and explore in relative safety.

Each haven is unique; some are atop plateaus, others in gullies. Some need to be accessed by jumping a ravine, or crawling through a small cave. Be sure to keep an eye out for these areas while exploring Panjura!

Along with the Havens, all 5 Waystone locations have been completed! Each Waystone location has a unique feel to make them distinct from one another; a swampy gully, a grassy sinkhole, a rocky plateau, a cavernous ravine, and an island rock formation.

The Waystones are located one in each corner of the map, as well as one central location, and will serve as meeting points for you and your friends if you choose to use them! 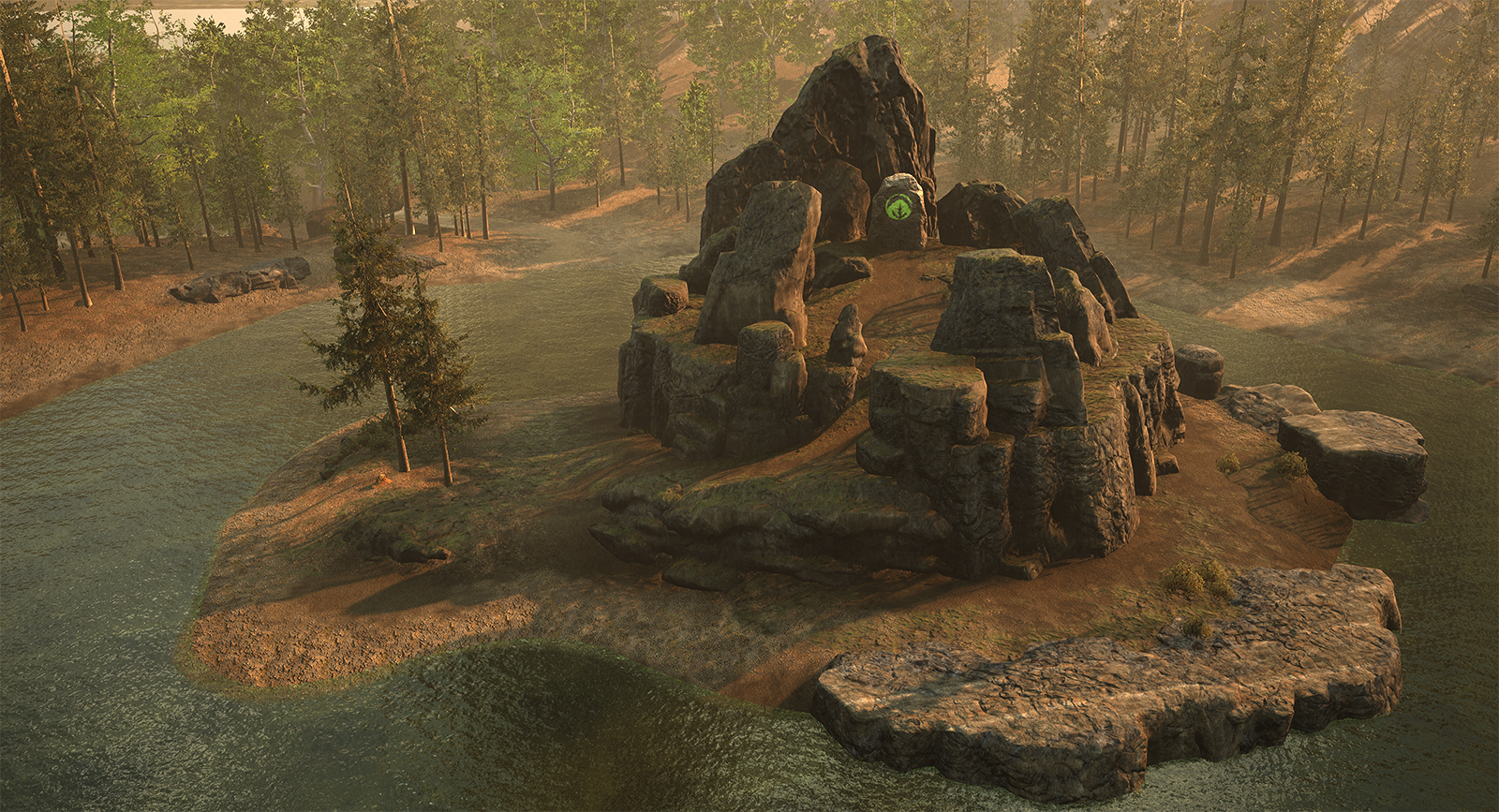 Now that the Havens and waystone locations are completed, we will be starting a polish pass over all tiles of Panjura. This pass on the map will bring more detail and areas of interest to our map, and tighten up areas that have already been created. On the first pass, many tiles had large areas where very little was added to them outside of simulated foliage.

While Panjura is at a state of completion where it is “good enough”, we feel we can make it even better yet. The plan for the second pass is to go back and bring more detail to these areas that were left relatively untouched on the first pass, making for a more interesting, rich, and exciting environment to explore. Thank you for reading! 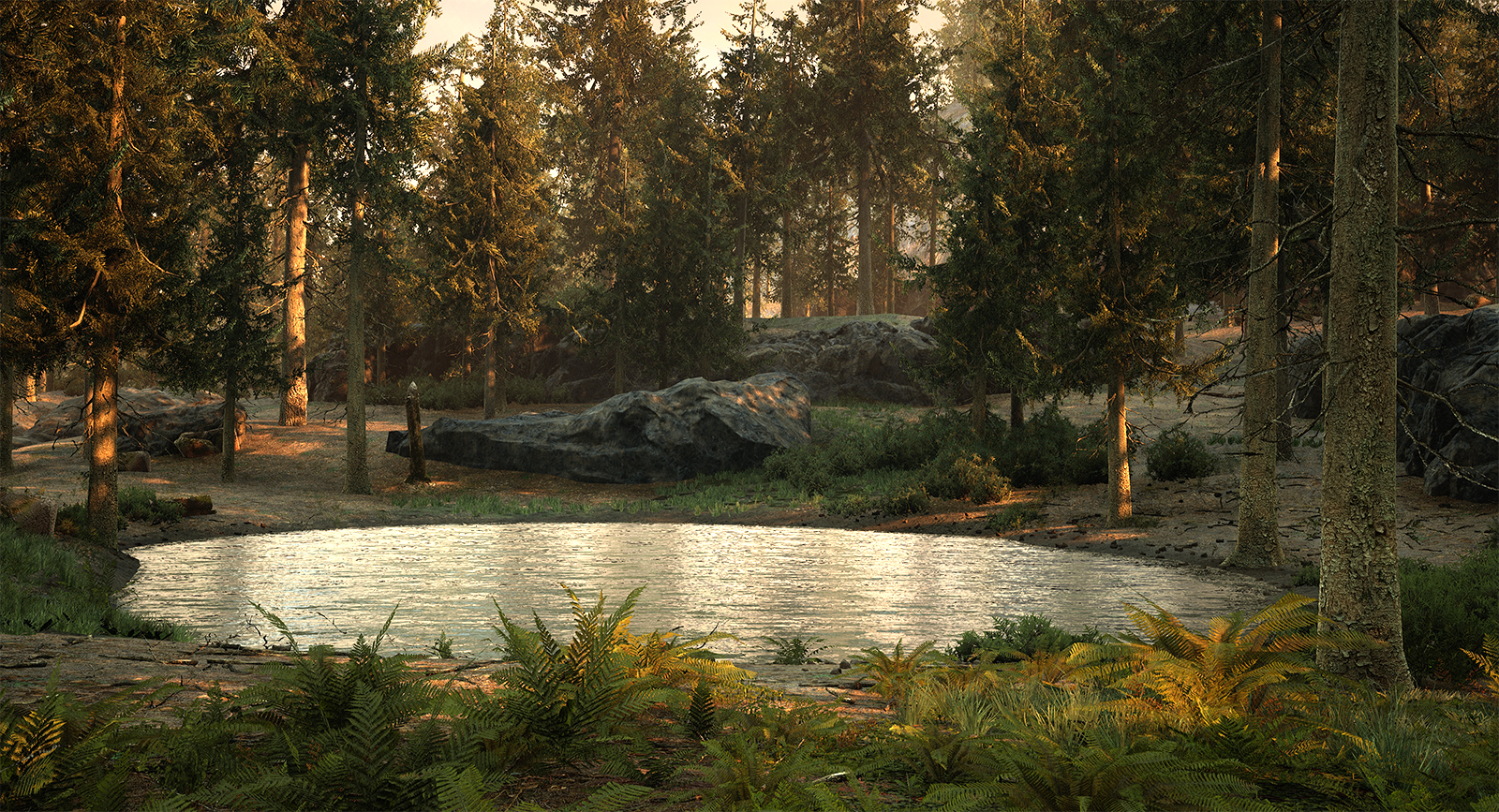