Hello again everyone! These past few weeks of development was primarily focused on getting our Styracosaurus Patch out the door, however we have a few other cool items like our new friends list feature, all creatures being able to carry items, and a short inverview with an amazing modder who is working on bringing new creatures to Path of Titans!

As a reminder, our Summer Sale is ending on the 6th of August. Be sure to use the discount code SUMMER2020 at checkout to save 15% on your purchase! Check out our store here: https://alderongames.com/store/path-of-titans

Here is a video version of this Dev Blog if you prefer to watch!

This week we released our highly anticipated Styracosaurus Patch, which includes collision, trample damage, a fully explorable map, and our next playable dinosaur; Styracosaurus! It has been a long time in the making, and we’ve put a lot of work into these new systems.

The delay between our last patch and this one was due to the fact that these game changing systems required a lot of time to implement and bug fix. We strive for every patch to be to par, or better than the previous patch, performance and feature wise, and a bug filled patch would not be up to our standards. Getting this update to such a state required a lot of iteration and help from the testers on our Public Test Branch, and we are ever grateful for their continued help!

Going forward, we will resume patching the game at a fairly frequent rate, so players can give their feedback and watch the game grow week by week!

We have now implemented the functionality to add friends on Path of Titans, both in game and on our website! You can add your friends via their Alderon Games ID number or username. Players will be able to see their outgoing friend requests, incoming friend requests, and current friends. You will also be able to remove friends or decline friend requests, as well as invite friends to your group! In the future, we will also allow you to quickly join a friends server by pushing a “join game” button. 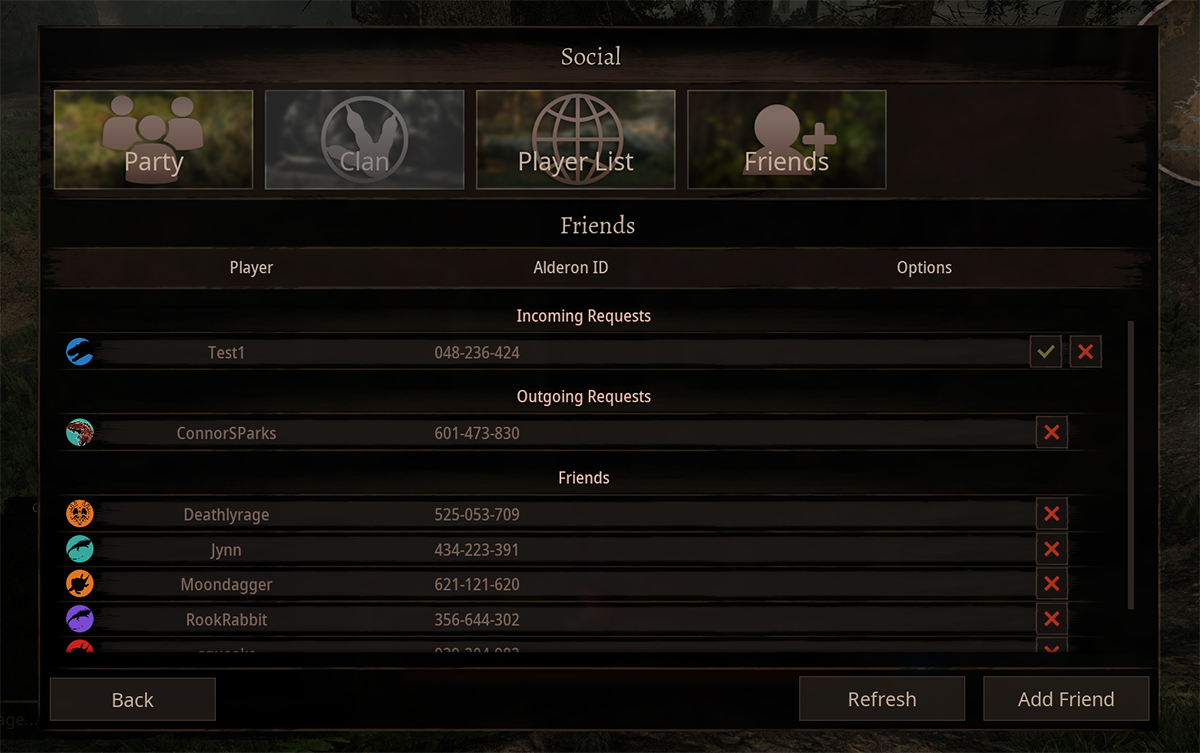 Previously, only Suchomimus and Spinosaurus had the ability to pick up, carry, and place down fish. However, we have recently implemented the ability for all dinosaurs to do this. Even herbivores like Styracosaurus and Camptosaurus can carry fish with them, despite not being able to eat them. This ties into the future ability for dinosaurs to carry all types of items, such as quest items, food items, and meat chunks.

Additionally, we have created new eating animations for all of these dinosaurs as well, enabling players to eat items while they are carrying them in their mouths, rather than having to place the item down on the ground in order to eat it (which was both clunky and unintuitive). 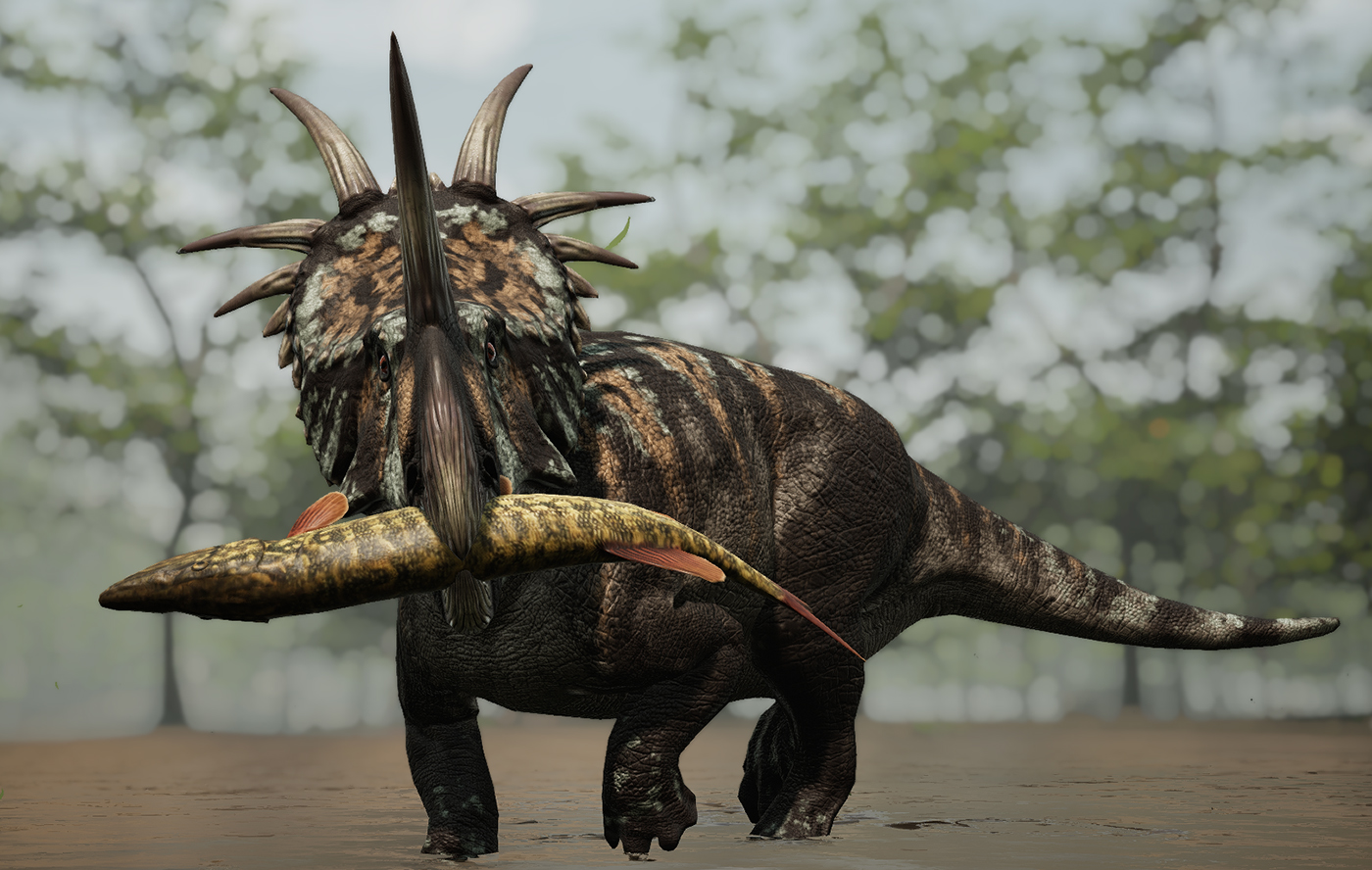 We have some incredibly talented modders working behind the scenes on their own unique additions to Path of Titans. We want to begin highlighting some of these creations at the end of our dev blogs. This week, we are talking to Sergi, who is working on their mod "KTO Additions". We have asked them three questions, and here are their responses!

What is KTO Additions all about?

Sergi: This mod focuses on adding a sum of new playables that fill niches unserved by the official roster, including fan favourites such as Parasaurolophus and Yutyrannus, as well as lesser known creatures like Vallibonavenatrix! The roster is not only composed of dinosaurs and features marine reptiles, pterosaurs, and other archosaurs like Purussaurus, a massive prehistoric Alligator! 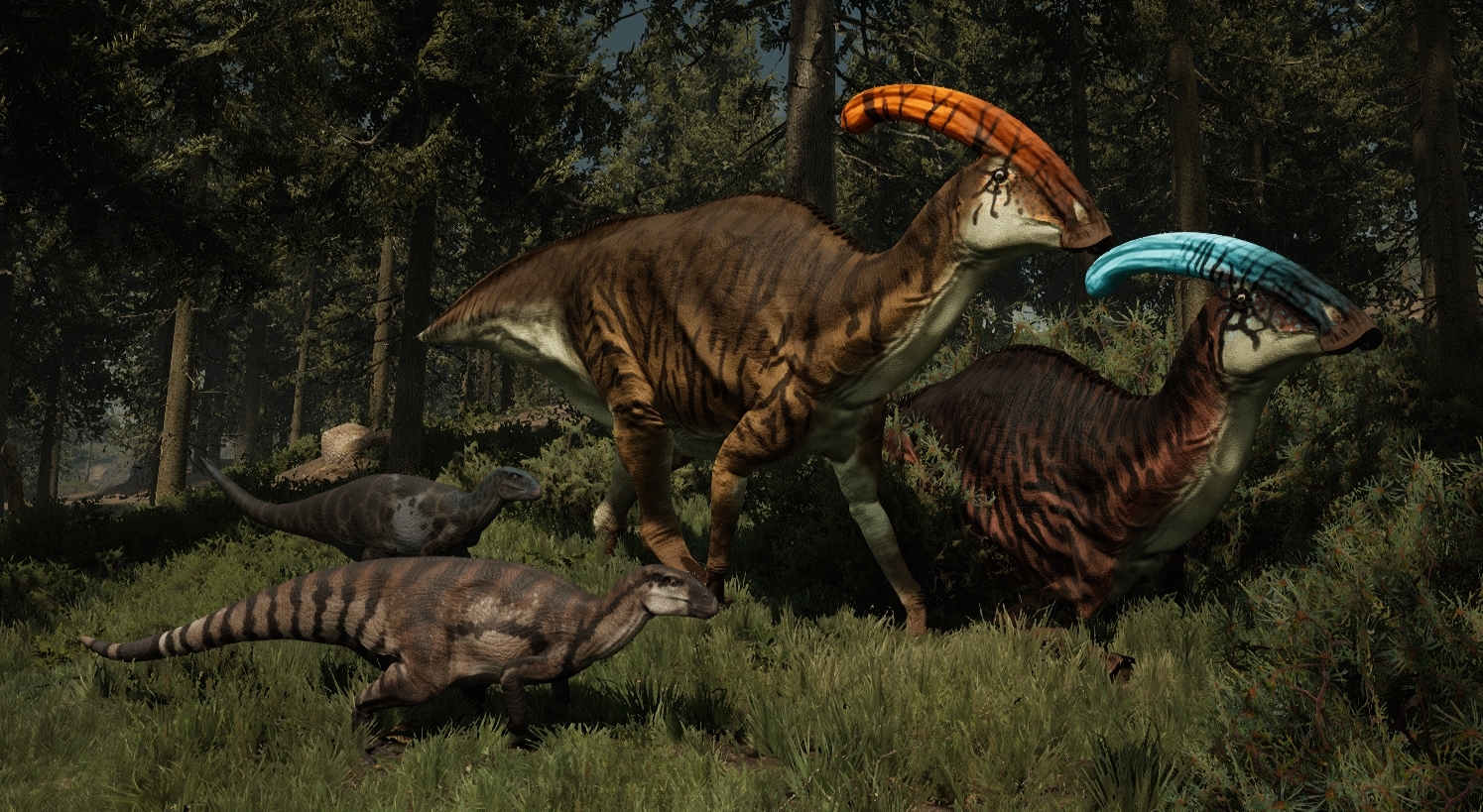 What part of your mod are you most excited for people to play?

Sergi: It is difficult to decide on just one part, as everything about having a playerbase explore my mod is exciting! To see people play as the creatures you have created in-game is astounding. If I had to choose one aspect, seeing which creatures will be favored amongst players and the variety of skin customization and creativity put to use may be one of the most exciting parts. Each player has very different tastes, so it will be incredible to see what players create with the mod!

What is your favourite part about working on your mod?

Sergi: My favourite part about working on my mod is creating models from the ground up whilst following a scientific base and receiving community feedback. The community is a vital aspect for me personally. Additionally, receiving skin concepts for the roster is always very exciting, and meeting people that help me greatly, like FluffShady, an amazing skin designer for the mod, is rewarding. Altogether, the community makes all of the work feel more fulfilling than what I had originally anticipated.

If you are interested in following Sergi and the KTO Additions mod, be sure to join their Discord server! https://discord.gg/hz7cPRd 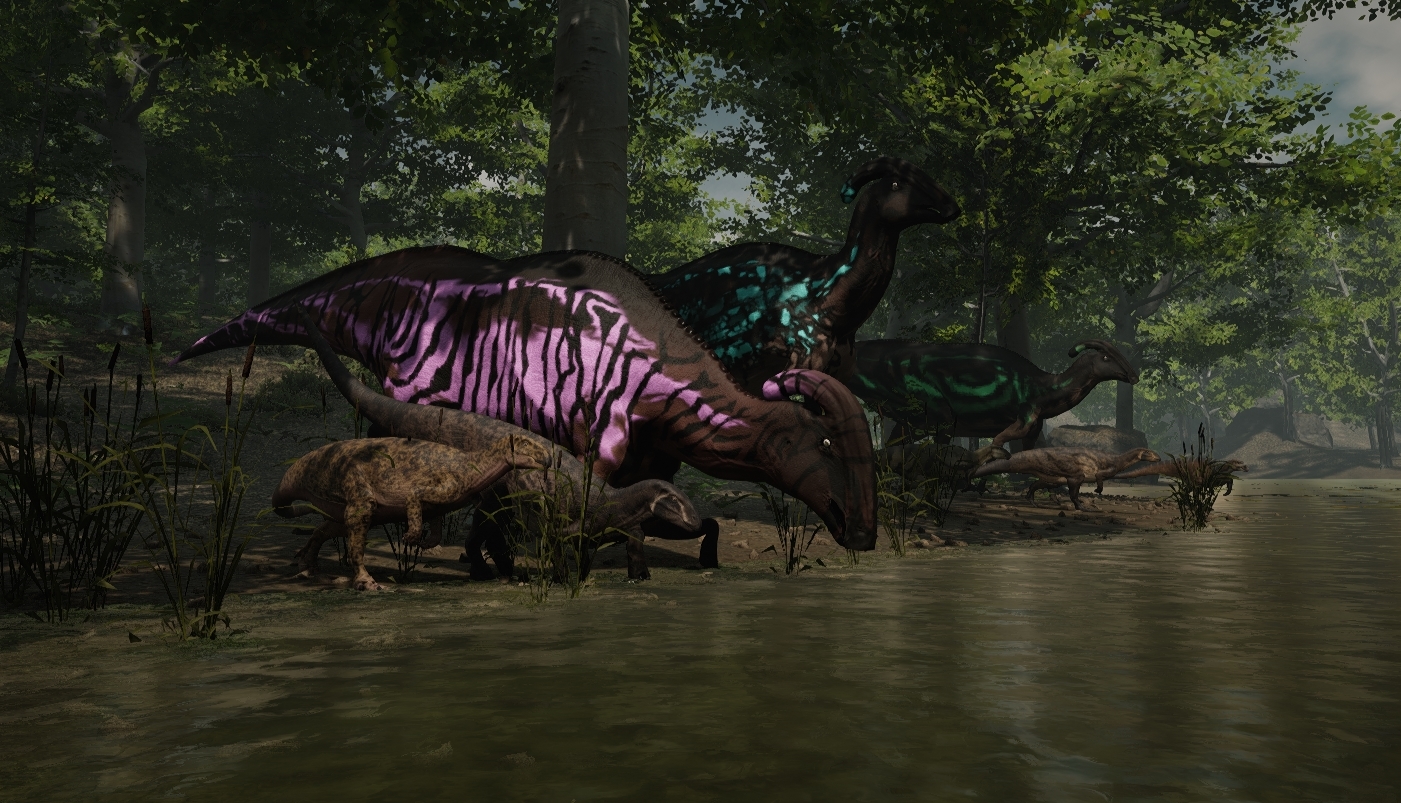