We've been putting a lot of work into getting our dinosaurs finished this month! While we still have many to go, we are nearly reaching our goal of 10 playable dinosaurs. We've also been setting up modding support to allow for creative modders to work on their own mods for the game ahead of time.

Meet the Daspletosaurus! This is one of the larger playable dinosaurs that will be in-game at launch. One of the most powerful predators, it can crush its prey with its strong jaws. It may not be the fastest or have the most stamina, but if it catches you it will probably eat you.

Up until now we had been working with placeholder animations, but it’s now time to start looking at creating the final, polished animations that can be used in the full game. We modelled the Styracosaurus to use as a guinea pig, as it has very short limbs and hefty bulk to it that would prove as a good learning tool.

The Styracosaurus will be a dangerous herbivore to tangle with. While it may not be the fastest or have much stamina, it is definitely the hardest to take down. With a meter long horn on its face, all it takes is being gored by a charge to bring most smaller carnivores down. 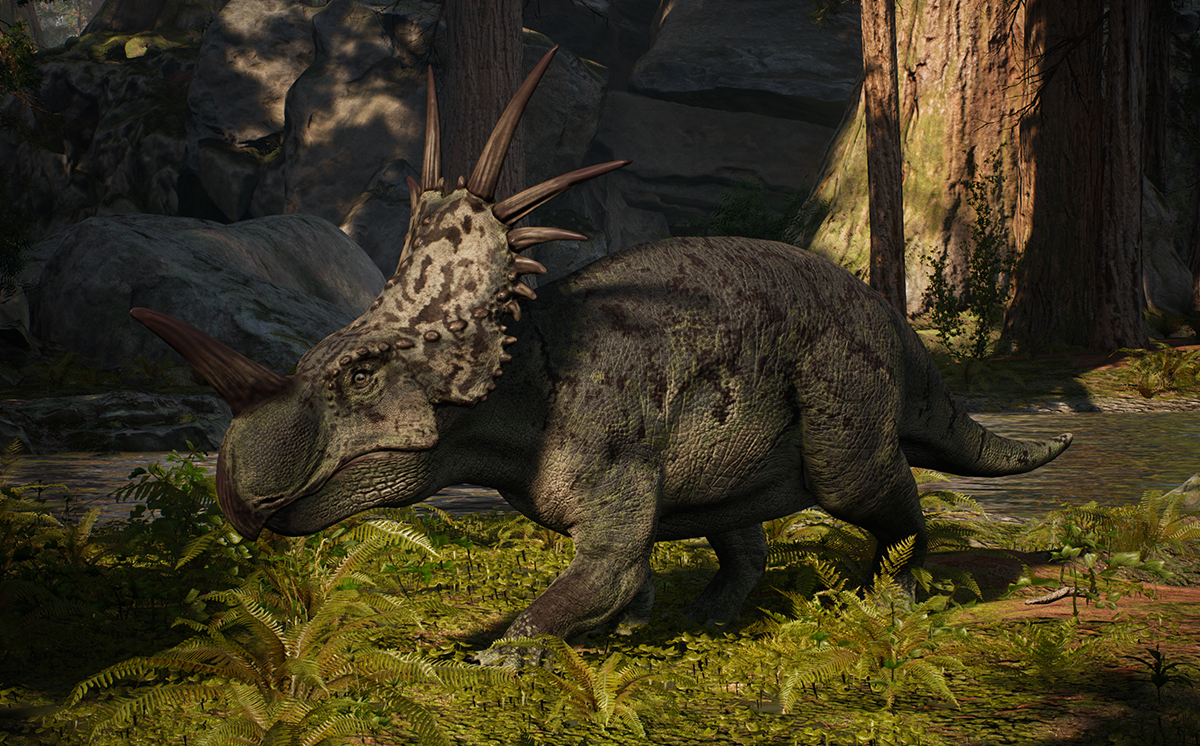 After finishing the Styracosaurus, we rigged up the character and got to work animating it. It was a challenge, as its limbs were proportionally very short and body also very stout. It’s difficult to make an animal such as a ceratopsian move in a way that looks both realistic and somewhat graceful. The first pass at its running animations was very clumsy looking, almost like a puppy. With a few tweaks we were able to get a reasonable run that looked both natural and intimidating.

Immersion is very important to the Path of Titans dev team, and because of this we’ve spent a few days implementing terrain alignment and foot IK. Your feet will follow the ground and plant firmly down even if you're standing on rocky terrain or even logs. Next in the works will be tail alignment so that if your tail were to intersect with a rock or tree it would instead be pushed to the side. With all these systems in place there should be essentially zero clipping with the terrain or foliage. This will also apply to AI creatures such as reptiles and crocodilians.

Example video of the Styracosaurus walking over a large rock

Community is important to any game, and the Path of Titans team recognizes the amount of passion and talent dinosaur enthusiasts have. A staple of our game will be our powerful modding tools that will be free for anyone to download and learn to use. With extensive documentation and help to guide modders, anyone will be able to download our dev kit and begin creating. Our mod deployment backend allows users to upload their content to our servers to be distributed to other players and will be automatically patched with each update.

We have been working on getting mod support running on PC and Linux-based servers, and are looking to get Mac servers supported soon. Mods will automatically download when connecting to a server and will be stored on your PC. We set up Jiggy’s mod map “The Grim Expanse” and it’s fully working! 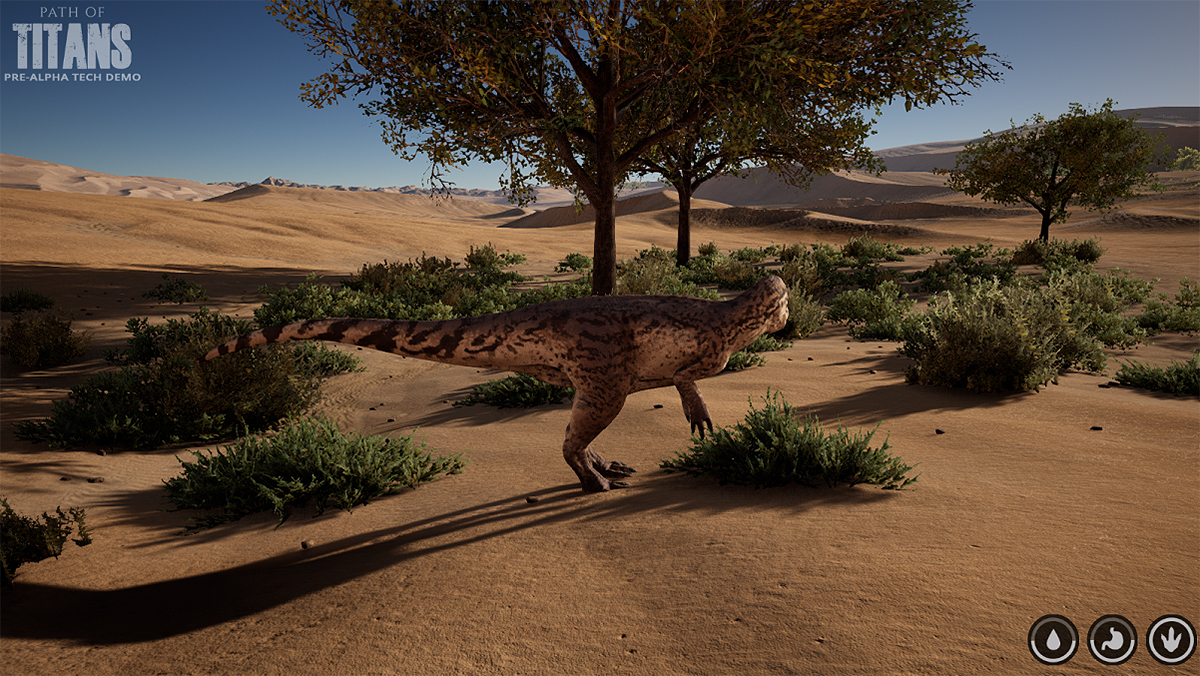