Hello everyone! This week we cover some useful new features, like the in-game map, quest tracking, chat improvements, and cool new map additions!

With a map as large as Panjura, we know that players will need a way to orient themselves and navigate the landscape. While we already have a minimap implemented, we also needed a way for players to know where they are in relation to other landmarks, and what corner of the map they were in.

We have been working on an in-game map that players can pull up at any time. It includes fog of war that gradually uncovers itself over time as the player explores. This map discovery progress will be saved to your character, and will transfer across platforms. It is still work-in-progress, but will have a bunch of useful features, like displaying player-placed pings and the ability to zoom in and out. 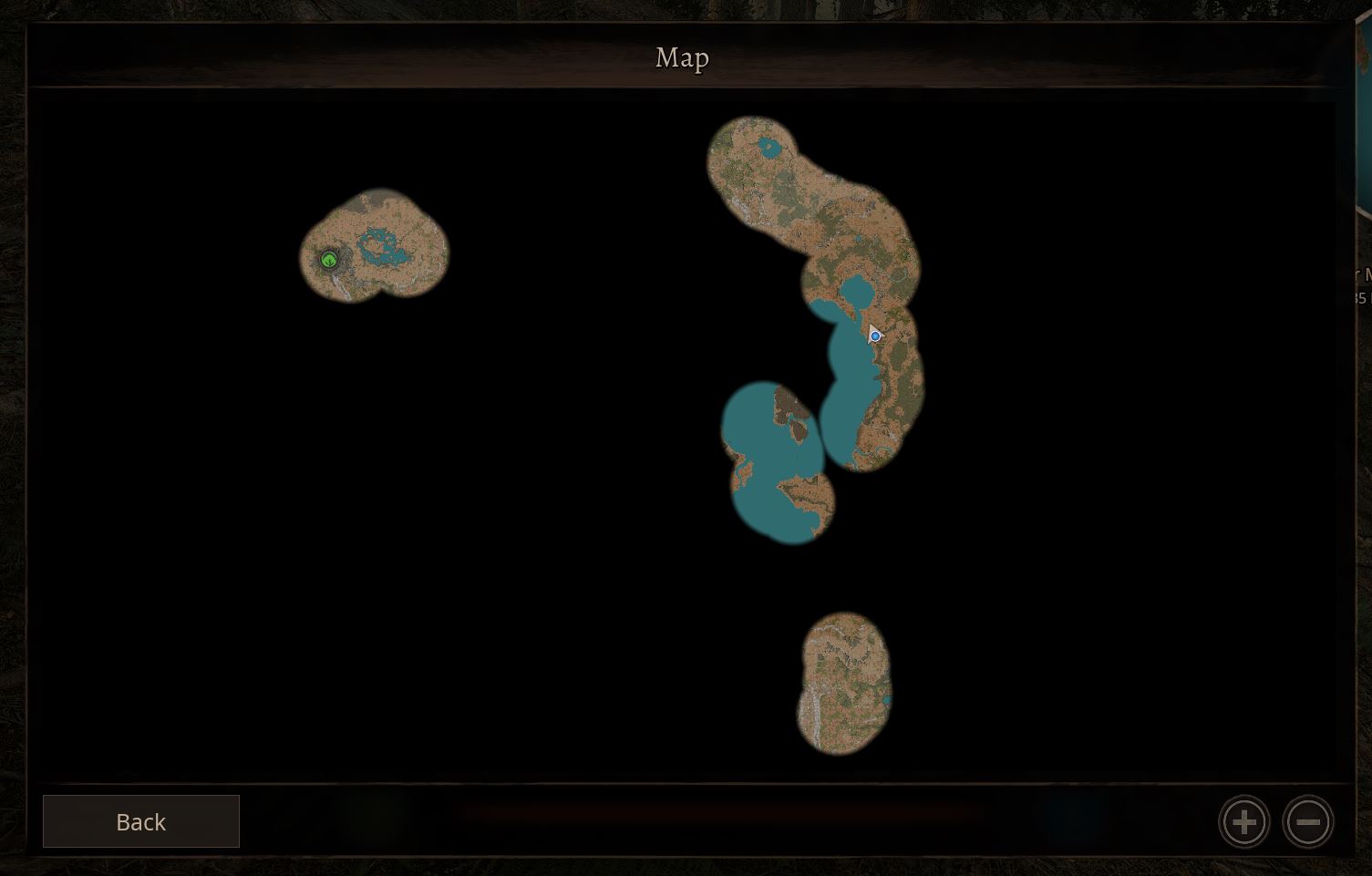 Dipping your camera underwater now muffles the audio you can hear. Bubbles and water sounds also play when lifting your camera out of the water. This is a small change but makes underwater gameplay that much more immersive.

Work has been continuing on Panjura as we continue to refine and add in more details to the map. Some adjustments are subtle such as better blending previously placed rocks with the landscape, whereas other changes are more significant. Obvious changes can be seen in the form of new canyons, gullies, overhangs, and passages. 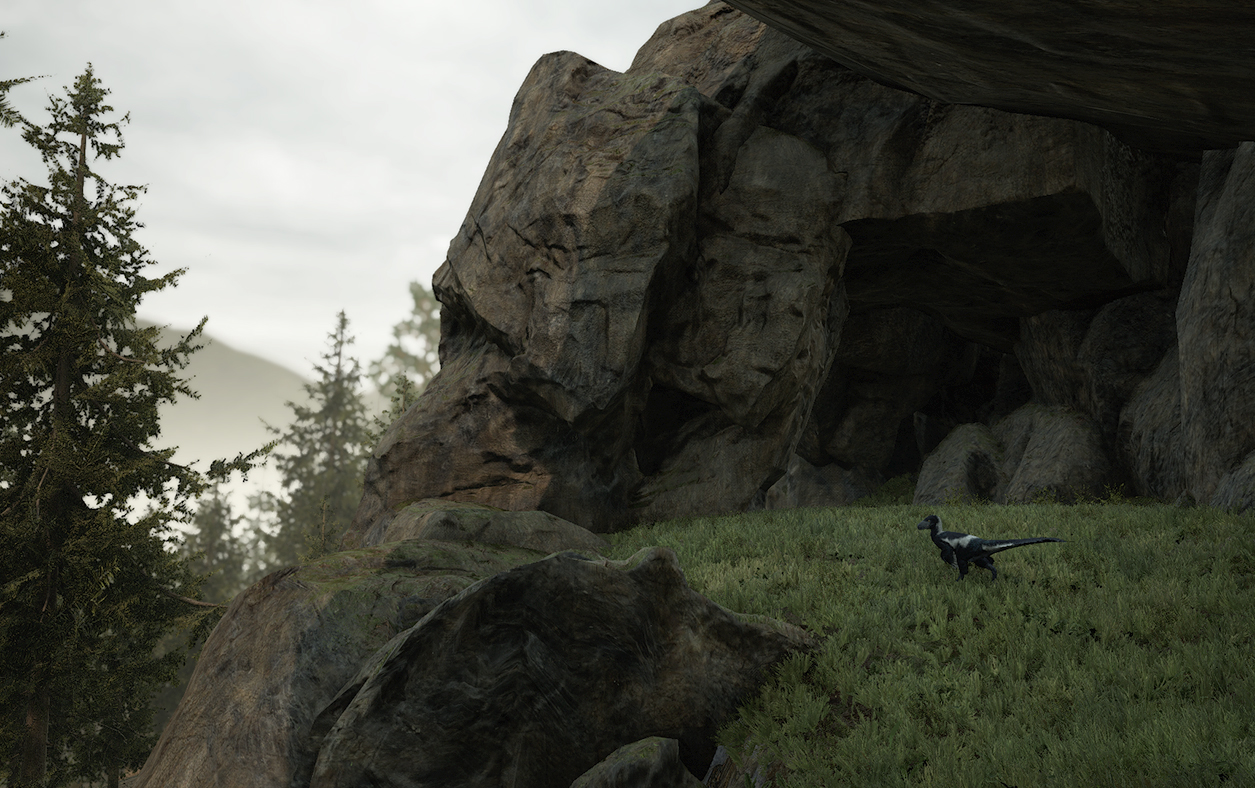 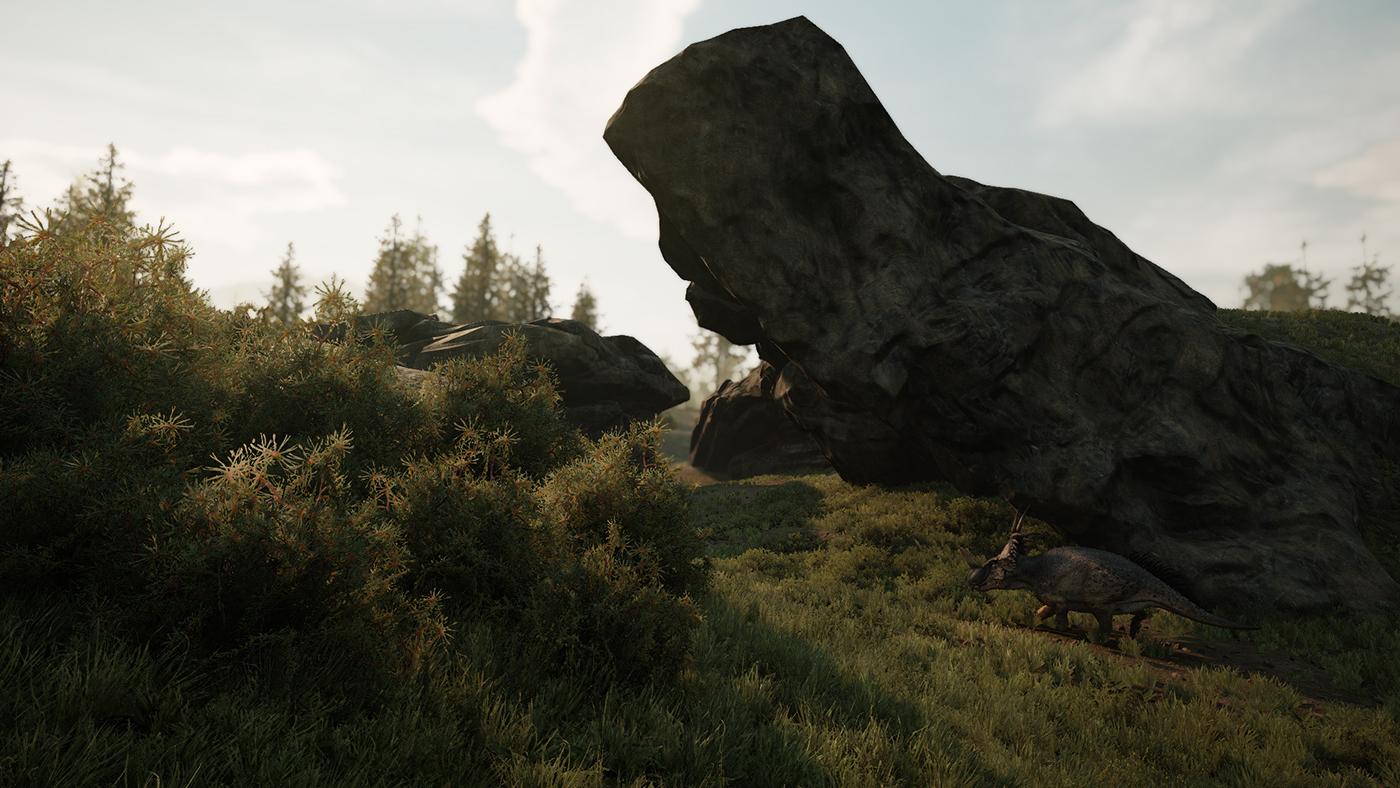 We have also been better decorating our lake beds. Sunken trees, rocks, logs and plant life are beginning to fill various lakes across Panjura. The “Great Lake” in the center of the map has been receiving a large overhaul, with large rock formations, underwater canyons and arches, made with our future aquatic animals in mind. Driftwood can also be seen washed ashore, providing areas for smaller dinos to perch on and hide around.

Be sure to let us know what you think of the changes in our map feedback channel on discord, and what you might like to see added! 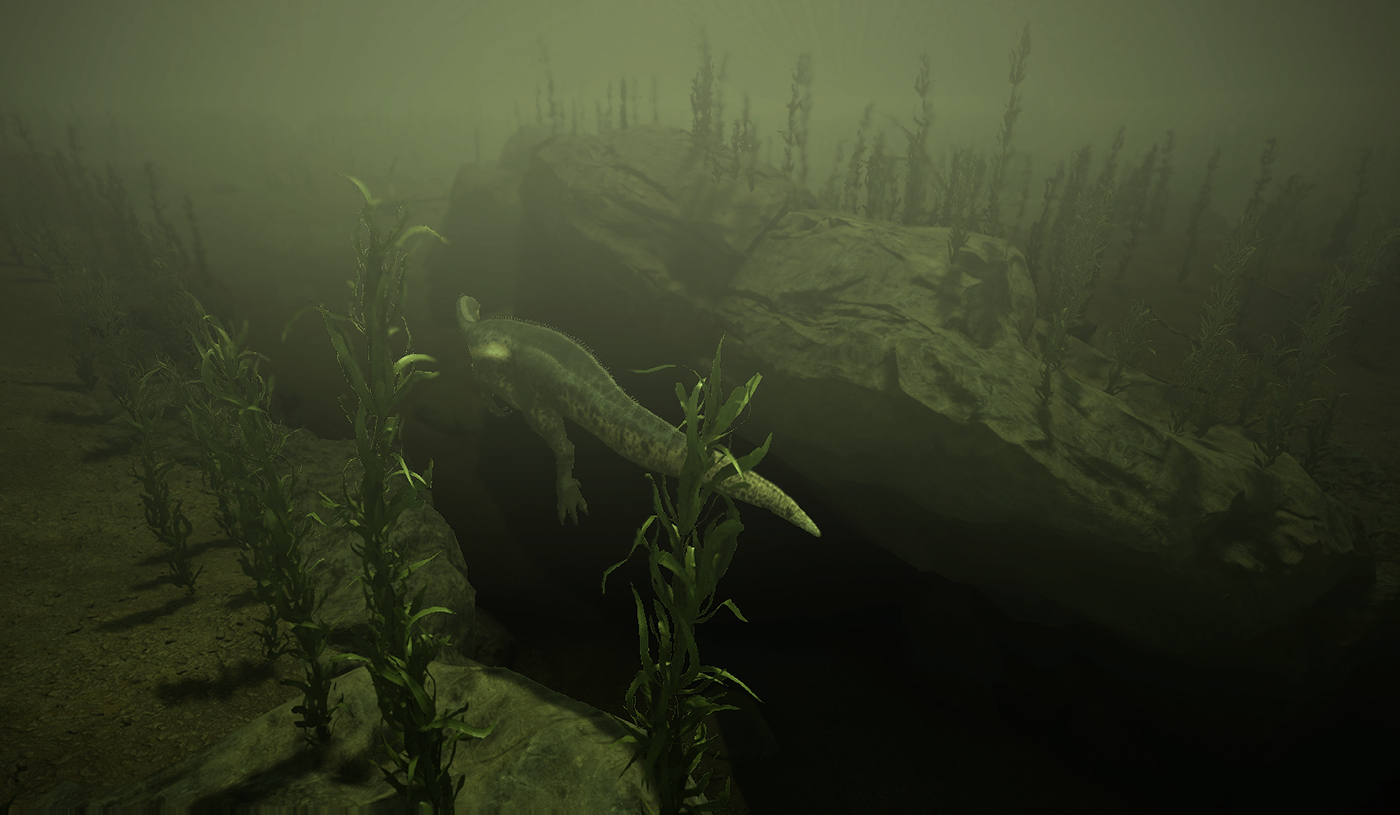 We have been working on in-line image display with text chats and text blocks. This will allow us to show images of quest items next to their names, in addition to giving players the ability to send emotes through the in-game chat. 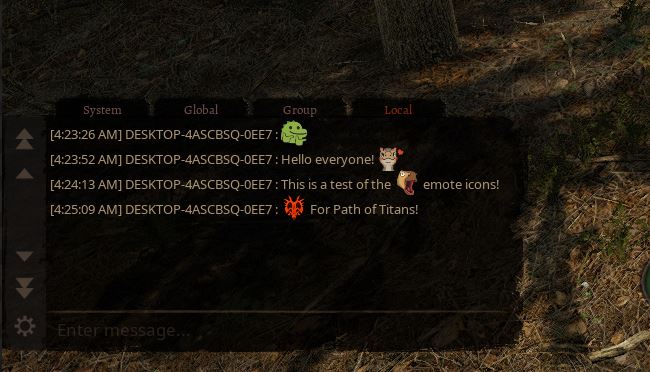 We have also completed the quest tracking UI element. This allows for players to tick a “Track Quest” checkbox for a list of tasks to display underneath the minimap. This feature will prove much more useful in the future when players will have multiple quests at a time, and will greatly aid in organization. By default this feature is turned on, but it can be disabled in the quest menu. Thanks for reading!