This month we’ve been focusing on fixing bugs and optimizing the game to run better on mobile, while also working on getting our feathered dinosaurs completed. We’ve also got some audio coming in!

We have completed the Struthiomimus this month, our first feathered dinosaur. The fastest in the game, this dinosaur can outrun anything the moment it senses danger. We were inspired by modern ratites like emus and ostriches for this dinosaurs feathering, with large, drooping feathers on its tail and arms. 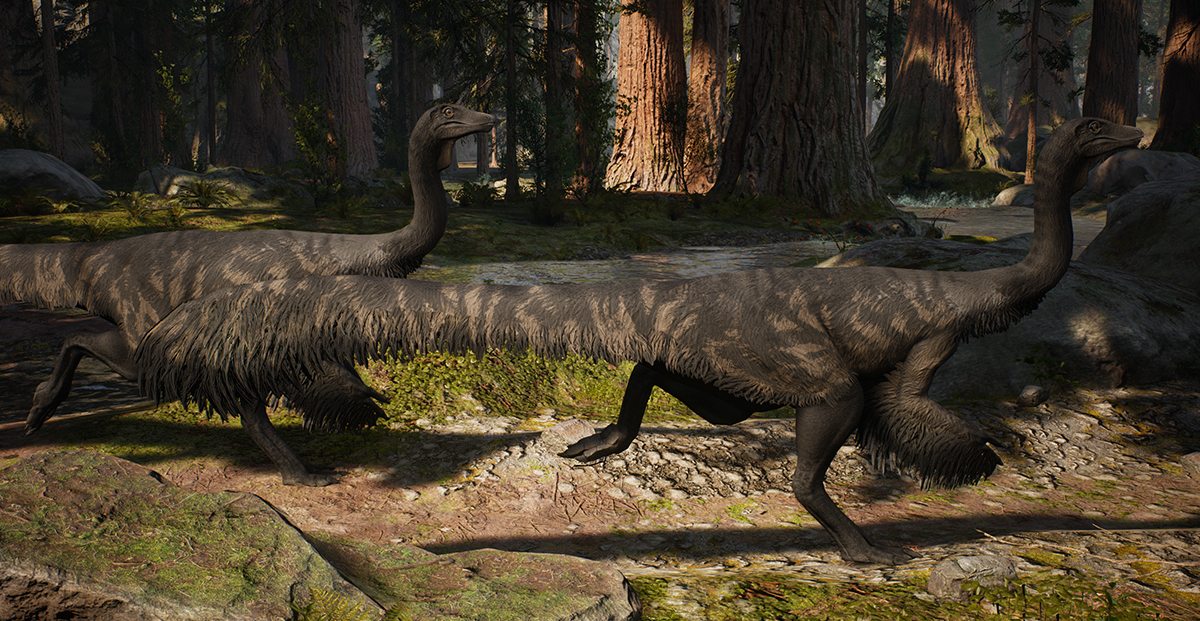 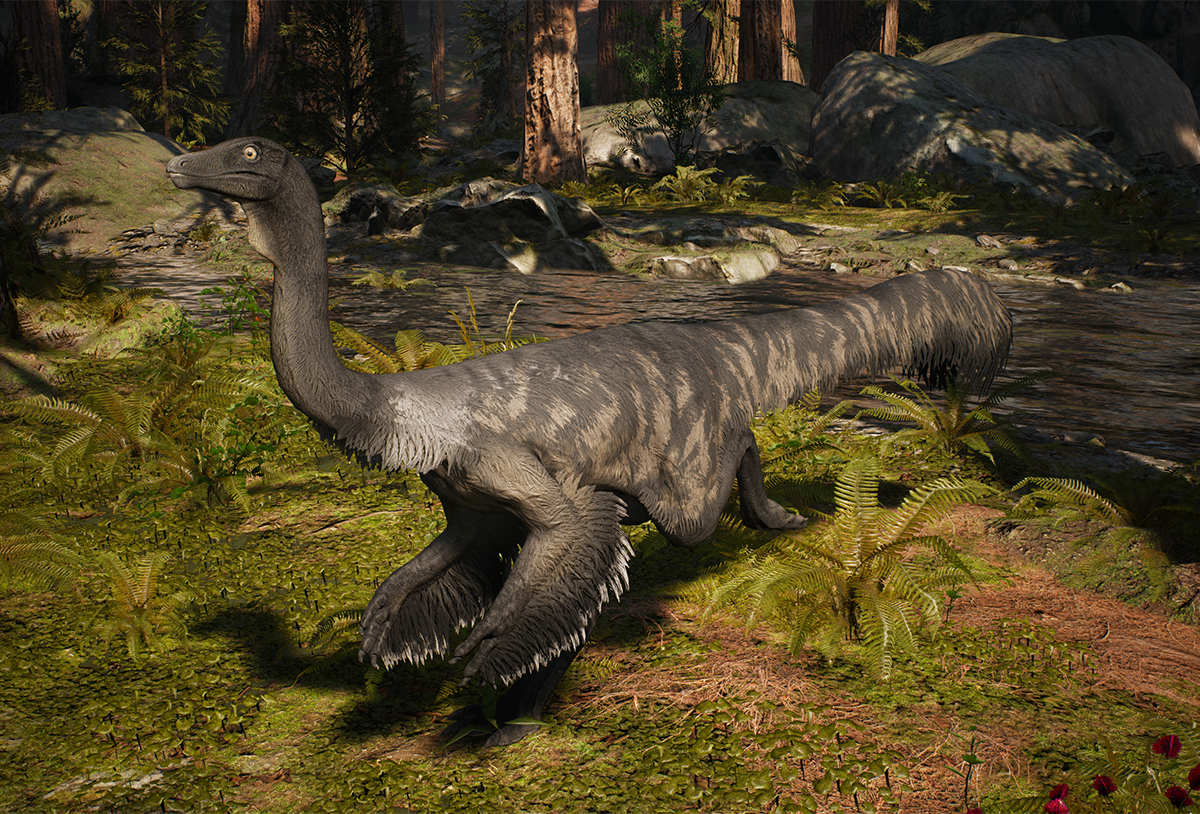 Creating the feathers for our dinosaurs was a difficult task, and there were a few trial and error attempts at creating the look we needed. Initially we wanted to create all the feathers within the shader, but this didn’t quite achieve the look we needed for prehistoric feathers. It looked similar to velvet or felt, and not “feathery” enough. This look might be used in a different form for some feathered dinosaurs in the future, such as a dinosaur that might have very small, fine feathers like the Daspletosaurus. 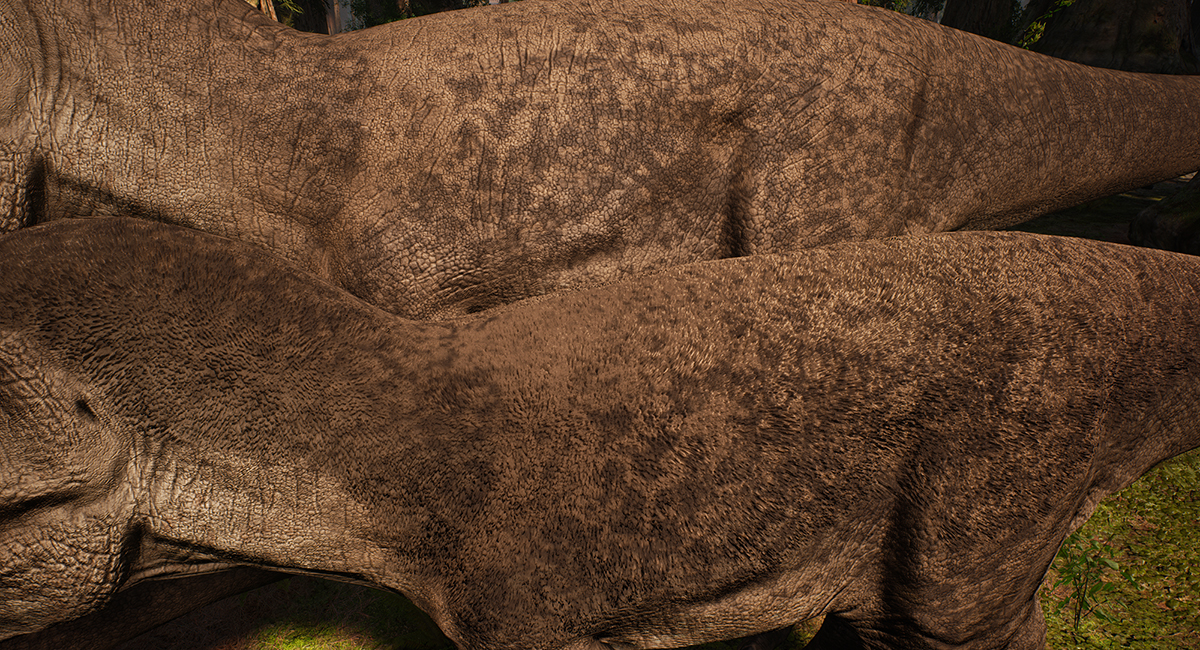 Comparison of feather shader versus the scale shader on the Daspletosaurus. Skin colours work on both integument types

Instead, we opted for adding feather planes to our models to match the shaggy look were going for and to allow for more dynamic movement, such as feathers blowing in the wind to give them a much more realistic look. After getting the texture and shaders right, all it took was some colour to really bring the dinosaur to life. 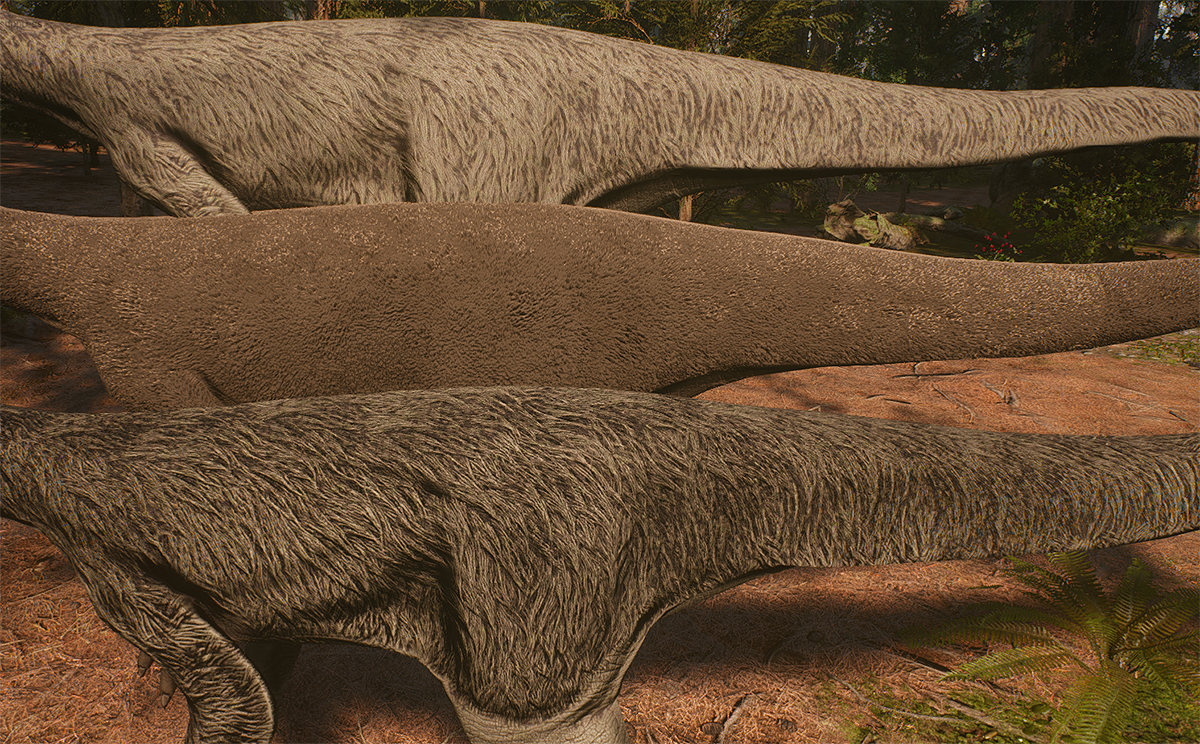 Comparison of different feather shader types on the Struthiomimus

Up until now, Path of Titans has essentially been a game with no sound, but this month we began implementing the sound and attenuation system. Our sound designer has been working on audio like footsteps, environment sounds, ambient music, and dinosaur calls, and we now have many of these things working in-game.

We also have some work-in-progress music for the main menu. Take a listen!

As part of our support for mobile platforms, we have been optimizing our assets to be ready for devices that have lower performance output. One example of this was creating more aggressive LODs for our assets, so they will be at a lower polygon count on mobile versus the higher polygon count on PC. We’ve noticed great performance improvements with these changes, and additionally the packaged size of the game was reduced by just over 500 MB, good news for phones with limited storage space! Packaging the game into smaller file sizes will allow the game to be uploaded and downloaded faster from mobile app stores and will reduce the amount of space needed on each device. 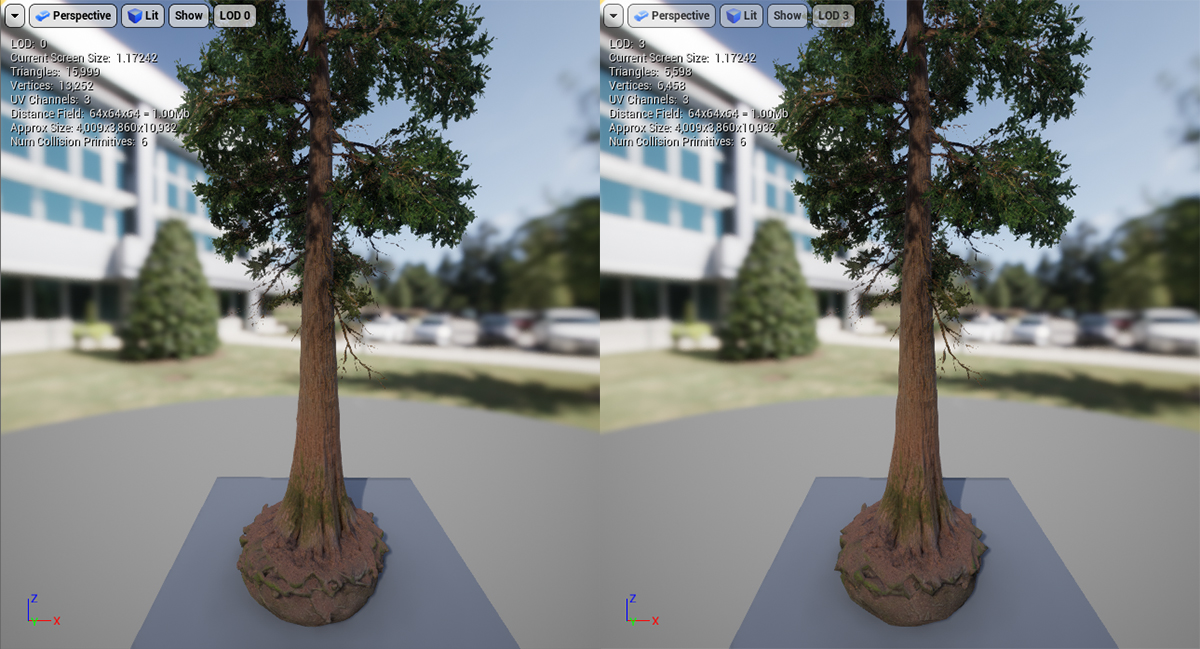 Next steps will be to set up Hierarchical LODs for these assets that will replace multiple Static Mesh actors with a single, combined Static Mesh actor at long view distances. This will help reduce the number of individual actors that need to be rendered for the scene, increasing performance by lowering the number of draw calls per frame.