These past few weeks have been very productive for everyone on the team. With our dinosaurs all completed we can start focusing on getting them set up with animations, terrain alignment, and physics. We have also put a lot of work into our map and foliage placements as well.

Significant progress has been made on our 8kmx8km map. We have introduced a pine forest biome to blend alongside the redwood forests, creating a varied and lush environment. We are also looking into adding grasslands to give some reprise from dense forests. Our foliage will be procedurally placed to initially populate this huge map with trees and bushes. Our map artist will then go in and add small details and points of interests to create natural looking environments. This means adding rock formations, swamps and rivers, fallen logs, caves, ravines, and more. 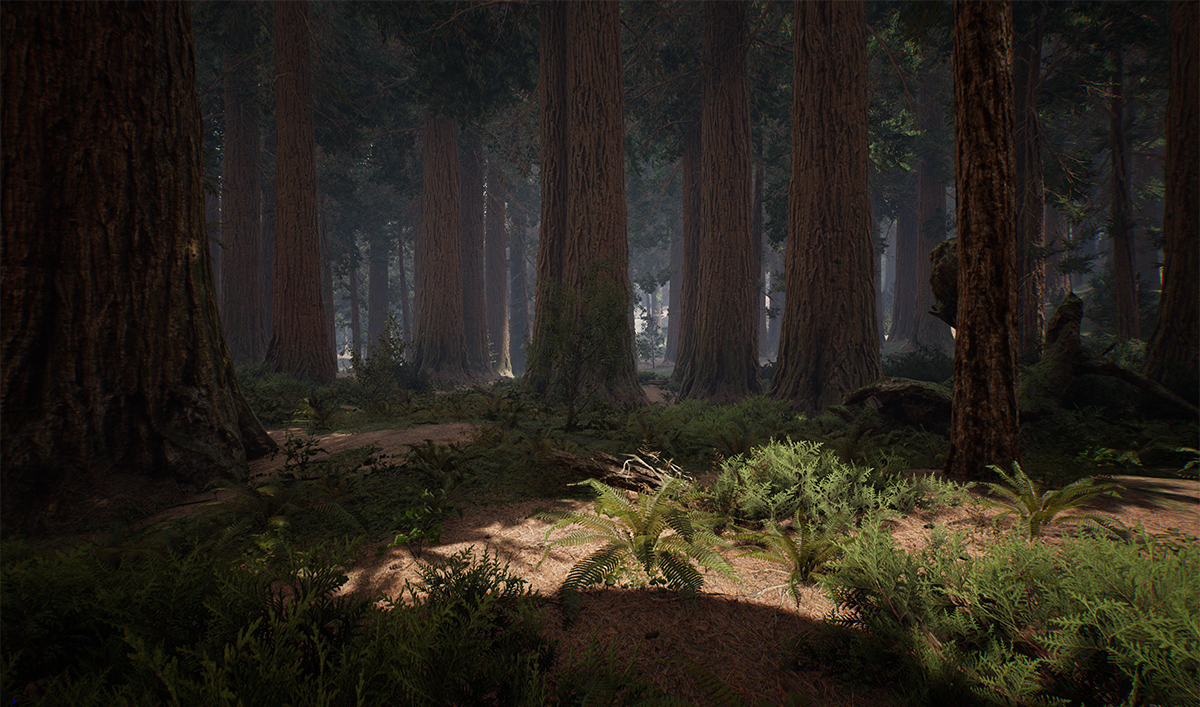 Screenshots of some areas of the map

One important aspect of the maps design is that the environment must be conductive to gameplay. It will be very important for herbivores to be able to run and hide from predators, or for predators to be able to hide in order to ambush their prey. To help players accomplish this, we have created areas of large bushes and brambles that will allow smaller dinosaurs to fully conceal themselves. Larger dinosaurs can still hide in this foliage, however one of the drawbacks of playing as such a huge creature is that it’s difficult to completely conceal your body. 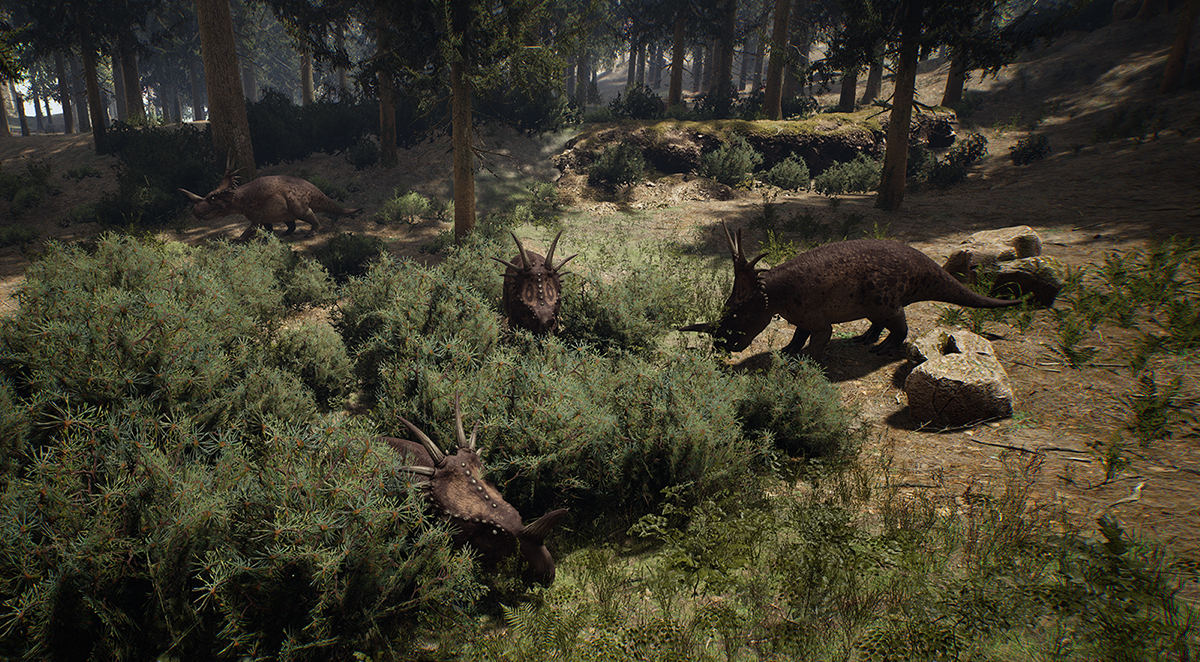 Screenshot of Styracosaurus in the bramble bushes. They can nearly perfectly hide within when crouched

For the look of our user interface we were aiming for something simple and unobtrusive but still stylish and unique. We opted for painterly stroke buttons and menu borders that resemble black ink smears, almost as though crude paints were used to colour the screen. Working on the UI is difficult, as we have to always consider how the UI will function on all our planned supported devices. What might work really great with a mouse and keyboard might be difficult to use with a controller, or the menus might be difficult to read from a far distance or on a small phone screen. We’ve taken all these into consideration during the design process. 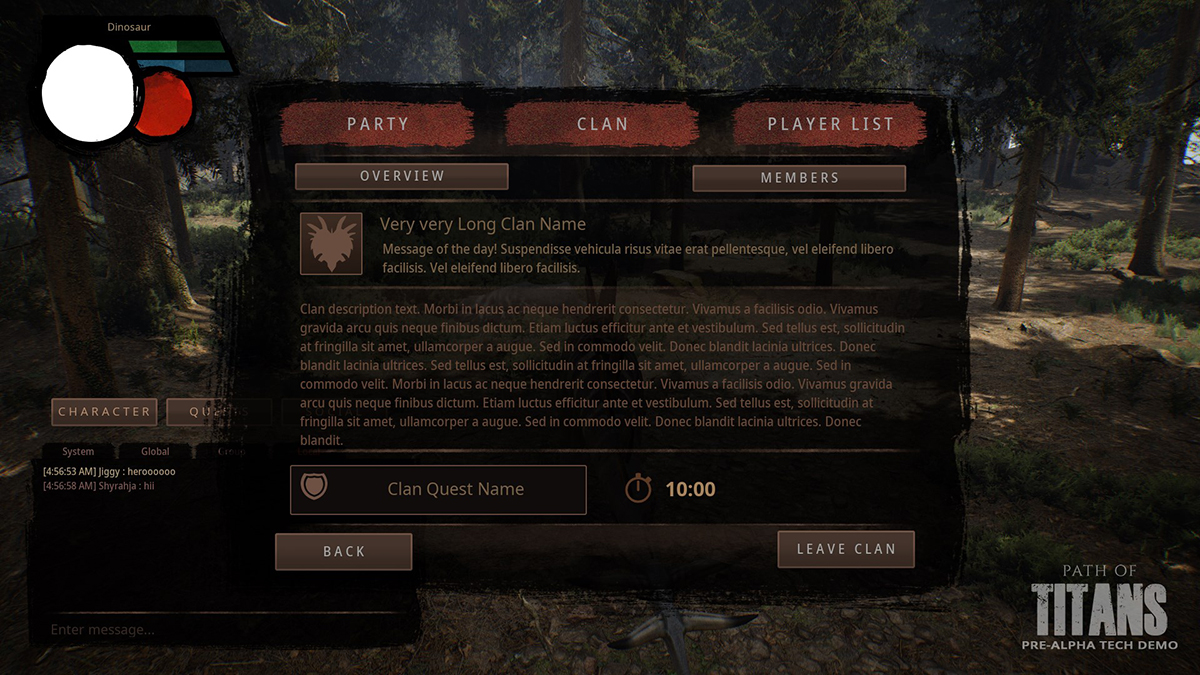 Our next dinosaur to be animated after the Styracosaurus was the Stegosaurus. It was important to make this dinosaur feel weighty with its heavy thagomizer on the end of its tail, but also make it feel agile enough to escape from predators if it needed to. Stegosaurus is typically portrayed as a lumbering, slow creature, but for Path of Titans we wanted to subvert this trope. Here are the final animations for our Stegosaurus.