We have just released the Stegosaurus for game owners! Stegosaurus is a large herbivore with a deadly thagomizer on the end of its tail. Use its tail attack to inflict bleed damage on your enemies!

Our Stegosaurus model was among the first created for Path of Titans, and we have slightly updated it to keep it in line with the quality of our more recent dinosaurs. The Stegosaurus is now more accurate to known paleontological information, and has improved animations and emotes. Update your game today to play the Stegosaurus!

We have updated our camera system to address some issues with the standard orbiting camera we used previously. The new camera allows for players to look up at the sky without the camera dipping under your dinosaur’s legs, and it now focuses on the dinosaur’s chest area instead of pelvis for more accurate aiming. Players can also optionally enable camera smoothing for a more cinematic experience. Thanks for reading! 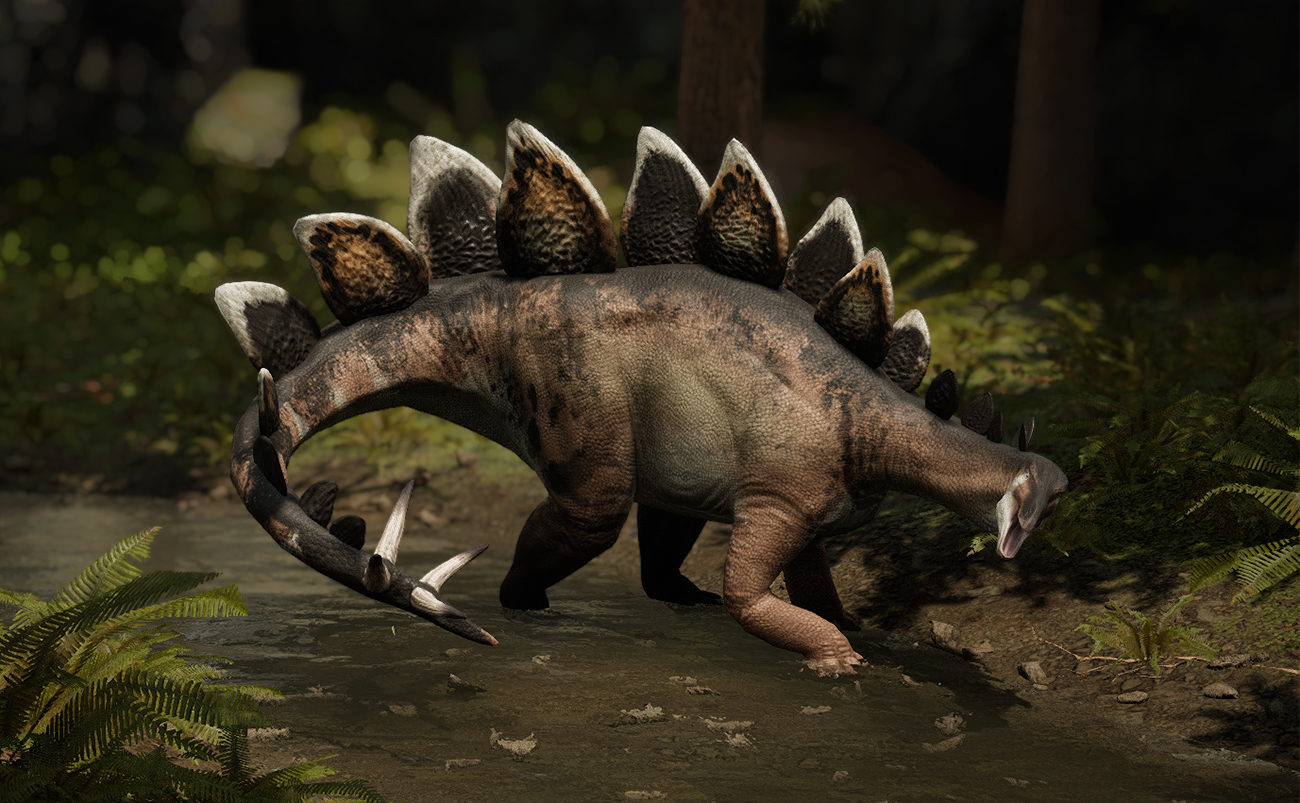